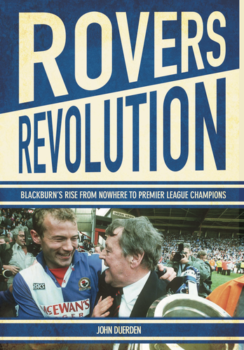 A young and inexperienced football reporter attending his first match at Ewood Park inquired where the managers could be interviewed afterwards.

He was directed towards a terraced house opposite where, he was told, managers spoke to the press after Blackburn home matches.

Crossing the street he knocked on the indicated door and strode past the lady who opened it. She asked if he would like a cup of tea. He would. Returning with the tea she invited him to sit on a sofa and took an armchair opposite with a quizzical expression. There followed some rather awkward and stilted conversation about weather, local traffic conditions and the like.

Long silences were followed by the loud tick-tock of a mantelpiece clock. Half an hour passed and the reporter expressed surprise none of his colleagues had yet arrived. The expression on his hostesses’ face turned from surprise to slight alarm but she remained silent.

Another 10 minutes went by extremely slowly until the reporter broke the silence by asking when his hostess thought the press conference might start. A lightbulb moment. Suddenly comprehending, the lady got up and beckoned him to the front door. Pointing down the street she said: “You want the house next door.”

If this much-repeated story is not true it really should be. It sums up what a homespun club Blackburn Rovers were before steel magnate Jack Walker stumped up funds which transformed them from second division mediocrity to league champions.

Back then players, who were expected to clean their own kit,  trained in a public park with apprentices sent ahead to clear pitches of dog mess. The park bordered a crematorium. Every time a funeral cortege arrived, training stopped for players to bow their heads in respect.

Walker’s millions changed all that. He built a first-class training ground and signed players to match. Record transfer fees were splashed on Alan Shearer, Chris Sutton and Tim Flowers. Walker was rewarded when small-town Blackburn beat big city clubs to the Premier League trophy in 1995.

The story of Blackburn’s rise under Kenny Dalglish and their subsequent fall is told by freelance journalist John Duerden, a lifelong fan who also remembers the signings who got away like Gary Lineker, Roy Keane and Geoff Thomas.