It was, perhaps, football’s greatest mystery. Why did Arsenal make striker Clive Allen the first £1million teenager in English football only to sell him on 62 days later without playing a single competitive game for the club ? 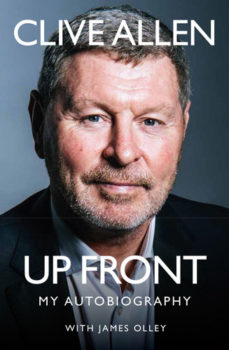 Arsenal paid Queens Park Rangers £1.25million for free-scoring Allen on 12 June 1980. The capture of 19-year-old Allen represented a statement signing for Arsenal chief Terry Neill who was looking to improve on defeats in the Cup Winners’ Cup Final against Valencia and the FA Cup final to West Ham during a 78-match campaign the previous season.

In two seasons Allen had notched up 34 goals in 55 games for Rangers and it seemed he would surely help Arsenal scoop silverware so cruelly snatched from their grasp. Allen signed a four-year deal and Neill informed reporters: “Our supporters deserve the best and that is what I believe we have given them by buying Clive.”

What could possibly go wrong ?

After appearing in a couple of pre-season friendlies, Allen heard rumours linking him with Crystal Palace. Neill then admitted to Allen there was a grain of truth in stories he might be swapped with Palace full back Kenny Sansom.

Allen insisted he wanted to stay at Arsenal but the Highbury boss told him he would not feature in the club’s first game of the season and he should speak with Palace’s Terry Venables. Silver-tongued Venables talked Allen round and the most puzzling transfer perhaps of all time duly went through.

But why did Arsenal turf out a young player they had earmarked to be part of a trophy-laden future after just a couple of months ? No one explained it then and anyone looking for answers in Allen’s new autobiography Up Front will be disappointed. He’s still in the dark.

“I would have liked the chance to prove myself at Arsenal. I don’t regret signing for them but perhaps I’ve had it in for the club ever since,” he comments in the book co-written with former SJA award winner James Olley.

To the public his rapid move certainly made no sense. Kenny Sansom proved a skilled and reliable servant to Arsenal and England but left backs do not win titles and cups. Prolific strikers do.

Allen’s book lists a few conspiracy theories. One claimed QPR chairman Jim Gregory would not sell Allen to former employee Venables so the goalscorer was “parked” at Arsenal. Another suggested Palace were so short of cash the only way they could do any business was to trade prized asset Sansom with a team that wanted him and that triggered a change of heart at Arsenal.

Allen states in the book that he has not spoken to Neill since but points out Arsenal surely had the money to enlist Sansom without transferring him just weeks after the manger described him as an important part of Arsenal’s future.

The nearest Neill has ever got to an explanation came in his book Revelations of a Football Manager. His new forward combination “didn’t look right. We had to make a judgement in the best interests of the club.” And that’s it.

Such a chastening experience at least did Allen no harm.  He stayed only a season at Palace then returned to QPR where a haul of 40 goals in 83 games persuaded Spurs to bring him back to north London and were rewarded with an amazing 49 goals in the 1986/7 season. Even Harry Kane hasn’t matched that achievement which still stands as a club record and earned Allen England recognition.

Injuries began to hamper Allen’s career and after a spell at Manchester City he continued his tour of London at Chelsea, West Ham and Millwall. A year with Bordeaux then a spell as an NFL kicker at London Monarchs brought his playing career to a close.

Allen has plenty to say about the contrasting approaches to football at each of his clubs in an interesting tale skilfully woven by Olley.

So it was only a slight disappointment that the book includes no index or career summary.

Up Front, My Autobiography by Clive Allen is published by deCoubertin price £20.