Everybody should be preparing for the day when they could be suddenly shown the door by their employers, especially in journalism.

That is the advice of former BBC Olympics correspondent and SJA award winner Adrian Warner in his new book Recovering from Redundancy: a guide to surviving a layoff and changing your life. 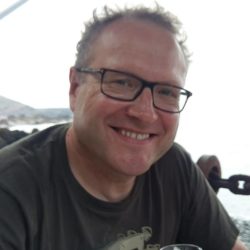 Warner (left), who worked for Reuters and London’s Evening Standard before joining the BBC in 2007, writes candidly about how tough it was to go to a Job Centre to claim benefits for the first time after being made compulsorily redundant as part of BBC cost-cutting five years ago.

“Perhaps my biggest mistake was that I had put my faith in the BBC to show loyalty,” Warner writes. “This has turned out to be the biggest error of my working life.

“So the key lesson for any employee anywhere is to be prepared to be shown the door, even if you are performing well and being praised regularly. Keeping your options open and carrying out research about your next career move is a sound policy which will keep you on your toes and make you feel more comfortable about your career.”

Warner has used the experiences of a tough struggle to get work in his fifties to produce a handbook to help people deal with the emotions and practical challenges of a layoff. It provides advice on everything from handling redundancy anger and dealing with former colleagues to producing a CV which can beat the “bots” of an increasingly computerised job-hunting world.

The SJA awards judge, who also includes the experiences of many other colleagues and friends in the book, explains how the skills he picked up reporting 14 Olympic Games and five World Cup finals can be transferred to other areas of life.

Warner does still do some sports reporting but most of his time is spent as a senior lecturer in Multimedia Journalism at the University of Northampton and as a media trainer for senior NHS doctors. He is also a part-time backing singer and has performed live with Noel Gallagher and Ray Davies.

“Like many colleagues, I had no choice. I had to re-train and use my skills for other things. But everybody can do that with a little guidance,” he said.

Recovering from Redundancy is available on Amazon HERE