Since 2012, the SJA’s British Sports Awards have been generously sponsored by The National Lottery, who through two decades and £6 billion of funding have transformed the fortunes of many of Britain’s sports.

The SJA would like to place on record our gratitude to The National Lottery and hope that we can continue our successful partnership for many years to come.

Canon’s success story began in Japan in the 1930s, when a small group of enthusiastic scientists set out to establish their presence in camera technology.

The company first established a presence in the UK in 1976. At that time its activities were confined to the sale of calculators, micrographic equipment, copiers and similar products for the business market.

In 1982 a separate camera sales operation was merged to form Canon (UK) Ltd, and since then the company has grown to become a world-leading provider of market-driven digital imaging solutions for the office and home environments.

Canon UK, who currently emply around 2,000 people in the UK and Ireland,  became sponsors of the Sports Portfolio of the Year and Sports Photographer of the Year at the 2017 SJA  British Sports Journalism Awards  and have continued that arrangement for the 2018 awards. 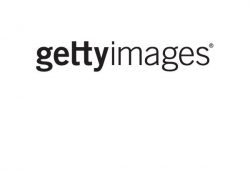 Getty Images provide most of the imagery on the SJA website.

The company is among the world’s leading creators and distributors of award-winning still imagery, video, music and multimedia products, as well as other forms of premium digital content.