Just six months after AOL closed down its popular FanHouse sports site to make way in its London headquarters for the arrival of the UK version of the Huffington Post website, it has been announced that HuffPo UK is to have a sports section. 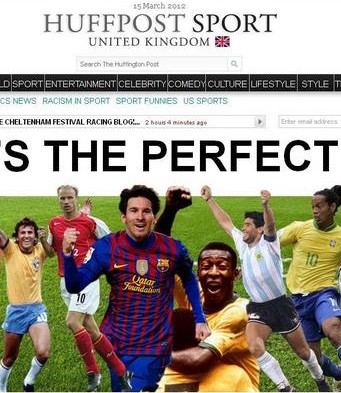 AOL paid more than $300 million last year to acquire the Huffington Post. HuffPo in the United States is controversial among professional journalists because its business model relies heavily on reader-contributed content, at little editorial cost. The US site has long had a sports section for coverage of the major American pro sports.

Months after its UK launch, adding a sports section has the appearance of an afterthought. Carla Buzasi, HuffPo’s UK editor-in-chief, told Press Gazette: “We wanted something that was very much for British sports fans and we knew we needed to do that ourselves.

“It’s something that we get a lot of emails about from people and we’ve also had lots of bloggers who want to write about sport coming to us. We’ve run some of those blogs but they haven’t had a natural home on the site.

“It was just important to me that we had a 360 degree offering and sport was the missing part of that until now.”

Press Gazette reports that “Samuel Luckhurst has joined the HuffPo team to cover sports content and executive editor Stephen Hull, who joined from Metro last year, will oversee the launch and some of its day-to-day operations”.

PG also says that HuffPo UK’s focus will be on what they call “niche sports”, quoting synchronised swimming and rhythmic gymnastics as examples. The lead item on the HuffPo sports site at launch was a “niche” feature about Barcelona footballer Lionel Messi and great No10s.