“Facts are sacred, opinion is free” was one of the favourite sayings of the late, great Reg Hayter, the founder of Fleet Street’s finest sports reporting agency, Hayters, which marks its 65th anniversary this month.

More than 150 successful sports journalists received those and many more words of Hayter’s wisdom as they learned their trade while he ran the agency with relentless energy right up to his death in 1994.

The Hayter principles were also strongly instilled in the company’s present directors, Nick Callow and Gerry Cox, who along with Reg’s son, former Mail on Sunday cricket correspondent Peter Hayter, will be hosting a 65th anniversary reunion party on February 11 at El Vino’s. 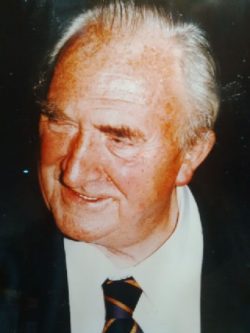 Hayter left Pardons, then the Press Association’s cricket and football reporting section, to launch his own agency in February 1955 because he saw an opportunity to supply national and provincial newspapers with coverage of matches, events, feature writing, statistics and results, and telephones and telephonists in the press boxes of all the main football and cricket grounds in and around London.

The trusty Underwood typewriters have been replaced by computers and state-of-the art video equipment as the 21st century Hayters serves the traditional and modern print media, as well as being a leading player in broadcast, video and social media journalism.

Callow and Cox, however, still carry a trademark Hayter red notebook for those business meetings when memory cannot always be relied upon.

And this could well be one such event.

Any Hayters men or women who would like to share a toast to this unique editorial and sporting institution should contact Nick (nick.callow@hayters.com) or Gerry (gerry.cox@hayters.com)