The broadcast shortlists for the 2019 British Sports Journalism Awards, sponsored by The National Lottery and Canon, are revealed today. 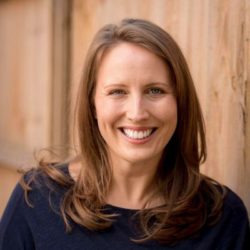 And what a job it has been for new chair of judges, Faye Carruthers (left) , and her team of 65 category judges who have watched/listened to 41.8 hours of video and audio footage, and rated 165 entries.

She said: “All the judges commented on the extremely high standard of entries this year. Every category was highly contested and so even to be on the shortlist is a huge achievement – thank you to all the entrants and good luck!”

The winners will be announced on Monday, February 24 at the Westminster Bridge Park Plaza hotel, a gala occasion hosted by the inimitable Jim Rosenthal. Buy tickets.

Last year Ed Chamberlin and Francesca Cumani,  ITV Sport’s racing partnership, were the joint winners of sports presenter and they are again shortlisted.

The fight to be broadcaster of the year looks a keen one between CNN’s Christina Macfarlane, BT Sport’s Des Kelly – highly commended for the last two years – BBC sports editor Dan Roan, ITV’s Gabriel Clarke, Eleanor Oldroyd from 5Live and BBC colleague Mark Chapman, who was a 2017 winner in the presenter category.

There will be a new commentator of the year with 5Live colleagues Ian Dennis and Mike Costello hoping to follow in the footsteps of John Murray, although Adam Smith (Sky), Nasser Hussain (Sky), Clive Tyldesley (ITV) and Nick Mullins (BT Sport/ITV) might have a say about that.

Local radio has again shown its strength with three nominations in the shortlists. BBC Radio Bristol, BBC Cornwall and BBC Somerset are in contention in audio/radio documentary, show and live event respectively.

A year ago we introduced a new category – sports pundit won by Whisper Films’ Osi Umenyiora – and it proved so popular we are doing it again with a little tweak.

SJA members will vote for the winner from the eight-strong shortlist compiled by our judges. Umenyiora is back in the frame too.

(To be voted for by SJA members)