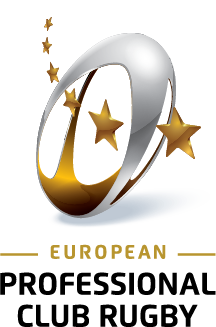 EPCR will sponsor the Rugby Union Journalist of the Year award at the 2017 SJA British Sports Journalism Awards.

“We are very fortunate to have a wealth of journalists covering European club rugby with quality, knowledge and passion, taking an extra level of understanding of the Champions Cup to fans across Britain and beyond. We are delighted to acknowledge their contribution through this partnership.”

Peter Jackson, chairman of writing judges, said:  ‘’European Professional Club Rugby’s sponsorship will be welcomed with open arms by everyone in sports journalism.   As the organiser of all three European club competitions, their support will enhance the status of the Rugby Union Writer of the Year award, a feat in itself.’’

The specialist rugby union award was introduced in 2014. Stephen Jones of The Times and Sunday Times won it last year for the second time. He is pictured (above) receiving his award from Jackson.

This year’s event, in conjunction with The National Lottery,  also sees new partnerships with UEFA and their Together#WePlayStrong Football Journalist of the Year and Canon, who are supporting Sports Portfolio and Sports Photographer of the Year.

The closing date for entries is January 17th and the winners will be announced at a gala dinner at the Westminster Bridge Park Plaza on Monday 26 February 2018.