John Toshack was one of the giants of European football so it was something of a shock to learn that a new book is his first autobiography. It is reviewed by ERIC BROWN.

He left a Southport hotel convinced he had just landed the job as manager of a football club where he achieved legendary status while capturing nine winners medals as a player.

He shook hands on a deal to replace Paisley who, he was informed, planned to stand down at the end of the season after winning four League titles and three European Cups during nearly seven years in charge. 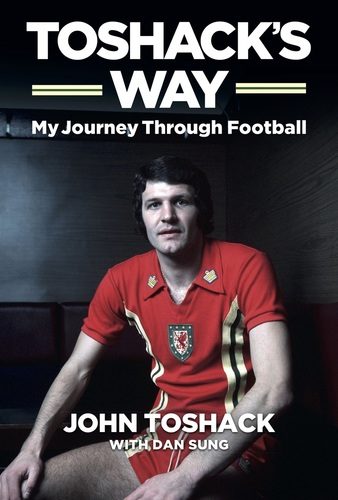 It never happened. Paisley revived a faltering Liverpool, put departure plans on hold and went on to win another two league titles and two league cups.

Meanwhile Toshack’s fortunes plummeted. At the time of the meeting his Swansea side were high in the top flight and considered possible title challengers. Within 18 months everything fell apart for Toshack and he left the club he had steered from Division Four to near the top of Division One.

However he picked up the pieces and went on to assemble one of the most rounded managerial CV’s of any European with appointments in 10 countries across four decades including stints at the mighty Real Madrid (twice), Sporting Lisbon and Real Sociedad (three times).

Somewhere in a crowded job exchange there was time for two spells as Wales manager. A 16-year-old Gareth Bale made his full international debut under Toshack who never saw age as a barrier. He launched his career as the youngest player in Cardiff City’s history before being snapped up by Liverpool to form one of the greatest strike partnerships in the game alongside Kevin Keegan.

Goals and trophies flowed as a Bill Shankly-inspired Liverpool reaped the reward of his transfer gamble on two forwards from lower division clubs.

In management Toshack was just as competitive. Toshack’s Real hit a record 107 goals winning La Liga. Other honours followed in  a managerial career that also took him to Azerbaijan, Turkey, France and Casablanca.

Toshack never did land his dream job at Anfield. But his autobiography beautifully crafted by former Observer and Independent journalist Dan Sung reveals how hard he worked  to show what Liverpool missed.

Toshack’s Way – My Journey through Football by John Toshack with Dan Sung is published by deCoubertin Books. Price £20 hardback.