The Sports Journalists’ Association is seeking a new Treasurer, one of the key offices in the management of the Association.

Randall Northam, the current Treasurer, is standing down after more than four years in office, and the committee would like to have a smooth transition between now and April 2013. 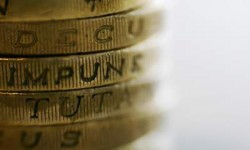 Volunteers must be existing members of the SJA and prepared to attend regular meetings of the general committee, sub-committees and other business meetings as they arise.

As well as advising the officers and committee as to the SJA’s financial position, the Treasurer has to calculate the VAT statement on a quarterly basis, check the monthly bank statement to ensure that the Association is paid what is owing as well as settling by cheque what it owes.

The SJA Treasurer plays a vital role in financial control over the Association’s two key awards events each year, the British Sports Awards staged in December and the British Sports Journalism Awards in March, which are professionally staged and attended by more than 400 of the country’s elite sports people, media figures and people from other walks of life.

The Treasurer is one of the Association’s four officers, charged with formulating policy and putting it to the general committee. This is an unpaid role, though some out of pocket expenses are met.

Northam will be happy to work alongside the new Treasurer until the next annual meeting in April 2013.

To put yourself forward, please send a letter by email to the Chairman, Barry Newcombe, barrynewcombe@gmail.com, and copied to the Secretary Steven Downes, at stevenwdownes@btinternet.com, with the words “SJA Treasurer” in the subject field. Applications need to be received by September 21, 2012.