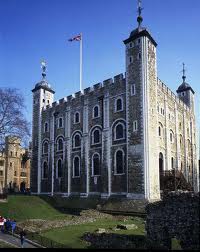 The SJA is to stage its annual celebration of British sport at the Tower of London, the committee is delighted to announce.

The Association is working with venue organisers Concerto to stage the 2012 SJA British Sports Awards at the Pavilion at the Tower of London, a prestigious venue capable of accommodating more than 600 guests at our annual lunch, which this year will be staged on Thursday, December 6.

Our new venue is an elegant, modern marquee set amid the private garden of the Tower of London’s northern moat. The venue is well-served by public transport, being just across the road from Tower Hill Tube station, and close to London Bridge and Fenchurch Street rail stations.

On the day, our guests will be welcomed by President of the SJA, Sir Michael Parkinson and the Awards will be introduced by hosts Jim Rosenthal and John Inverdale.

First staged in 1949, the SJA British Sports Awards are the oldest event of their kind in this country, and this year promises to be the most glittering and golden ever staged, with all of the British gold medallists from the London Olympics being invited to attend, as well as many other key figures from sport, the media, politics and entertainment.

The awards of Sportsman, Sportswoman and Team of the Year have been selected each year for seven decades by SJA members. In 2011, our winners were cyclist Mark Cavendish, swimmer Rebecca Adlington and the England men’s cricket team – world champions all.

In 2012 it is clear that our members will be spoilt for choice when the voting opens in October.

The SJA is grateful for the help of the British Olympic Association in agreeing to encourage all members of Our Greatest Team who receive the Association’s invitation to join us at the Tower on December 6.

Great Britain won 29 gold medals at the London Olympics, and a similar number of gold medal invitations are expected to be made to Britain’s golden Paralympians after their Games conclude next month. The SJA was among the first supporters of the Paralympic movement, having introduced the Bill McGowran Trophy for the disability sports personality of the year in 1963 – the first such award in the world.

The SJA committee is already hard at work on approaching some very special guests for the occasion, which will begin at noon with a champagne reception, followed by a three-course lunch with wine or beer before the presentations get underway.

SJA members will be able to book tickets for themselves and a guest at special discount rates, with their prices held at 2011 levels. Booking forms for members have been sent by email in the past week; hard copies should be arriving in the post during the coming week. New, Associate Members will also each be allowed to book a ticket at a discount price.