From the organisers European aquatics championships

With a week to go until the 2016 LEN European Aquatics Championships begin at the London Aquatics Centre at Queen Elizabeth Olympic Park, we would like to invite you to attend the Opening Press Conference (Diving & Synchronised Swimming). 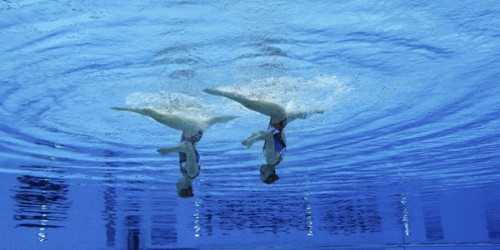 The 2016 championships will be the biggest event to be held at the London Aquatics Centre since the 2012 Olympic and Paralympic Games and run from May 9 to 22, with Europe’s best divers and synchronised swimmers set to get the action underway during the first week.

The LEN Opening Press Conference (Diving & Synchronised) will be split into two parts, with the first part featuring representatives of LEN, the LOC and the London Legacy Development Corporation. The second part will feature a selection of British and European divers and synchronised swimmers set to compete at the championships.

Members of the media accredited for the 2016 LEN European Aquatics Championships are reminded to collect their accreditation prior to arrival while those who are not accredited are more than welcome to attend but are asked to express their interest in by emailing ryan.bangs@swimming.org.

The press conferences will be held in the Media Conference Room, Stratford Waterford, adjacent to the London Aquatics Centre.

To sign up to receive media information on the London 2016 LEN European Aquatics Championships visit euroaquatics2016.london/media-contact/ or email ryan.bangs@swimming.org