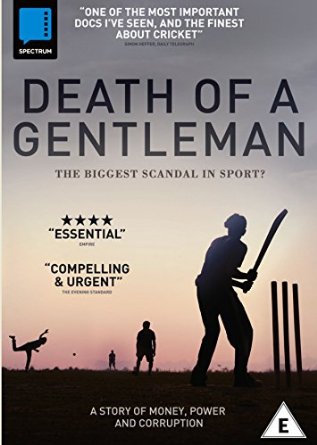 The SJA is going into the movie business, for one night only.

Now, it is to get a special screening in London for SJA members and members of the Cricket Writers’ Club on Tuesday, June 7.

Through hard-nosed journalism and two years of production work, the film charts the quiet, almost unnoticed takeover of international cricket by three nations.

The documentary has been critically acclaimed and has been an internet sensation since it was released last year.

But it has yet to benefit from a full theatre release, and the major broadcasters have yet to commit to showing it. Now, the SJA is offering its members, our friends in the Cricket Writers’ Club and other colleagues a rare opportunity to view it on the big screen, and to talk to the journalists behind the film.

The SJA has stepped in and arranged for the screening at the David Lean Cinema in Croydon, just two days before the start of the Lord’s Test between England and Sri Lanka.

We hope that film-makers Collins and Kimber will both attend, and at a drinks reception afterwards they will talk about the making of the film and take questions from the audience.

The David Lean Cinema is a small auditorium, and we expect there to be high demand for the screening, so you are recommended to book early to reserve your places.

The David Lean Cinema is part of the Croydon Clocktower arts complex, a five-minute walk from East Croydon Station, which is well-served by trains from London Bridge and Victoria, and by the Tramlink network and buses.

To book your tickets, please email stevenwdownes@btinternet.com, with the “Death of a Gentleman” in the subject field, and include your name, SJA membership number and mobile phone number. All bookings will be acknowledged, when those making successful bookings will be asked to make payment through a bank transfer.