It may be overlooked, but to be a sports writer you need to be as good with numbers as you are with words, writes ROB STEEN 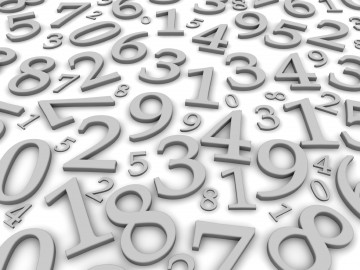 An inability to comprehend why some numbers are more significant than others is a bigger obstacle to being a sports journalist than mediocre literacy.

Which may well explain why I suffer from a condition best described as “innumeracyphobia” – and why those nice folk in the England and Wales Cricket Board media department and those avid number-crunchers at Opta probably have me high on their list of emailers to ignore.

Being a numerate sportswriter has been both blessing and curse. A blessing because it allows a deeper insight into the importance – or otherwise – of all those decimal places and percentages that enable us to make sense of this sporting life; a curse because it’s that much easier to spot the errors perpetrated on a daily basis across the media, and hence much easier to risk a heart attack railing against what Alan Hansen would be wholly justified in calling “sloppy defending”.

To take one grievous crime against arithmetic, how about the day of the World Cup final – and, more specifically, a graphic in the Sunday Times supposedly comparing the tournament records of Germany and Argentina. The figures stated that from 76 games, Argentina had won 42, drawn 14 and lost 20, and quoted a winning percentage of 73.7. This looked decidedly fishy.

A couple of calculator twiddles later and the true figure turned out to be 55.3 per cent – not by any stretch of the imagination a near-thing. Nor could the error be explained away merely by substituting one number for another (as in 52.57 per cent for 72.57 per cent), enabling the balls-up to be blamed on a typo.

One of the chief reasons for such errors appearing on a published page must be the ongoing cull of sub-editors. But it would be wrong to blame cost-cutting excesses exclusively. In the age of data journalism, numeracy has never been more imperative. Never, moreover, has it been easier to fake it with authority.

Clearly, maintaining your own records is the safest bet, but there are enough reliable sources around to help. Where once sports writers would have reported for duty armed with notebooks crammed with carefully charted performance records and dog-earred copies of relevant stats books, these days we can travel relatively light, knowing we have web access to well-respected and reliable statistical sites for most sports, provided the wi-fi works.

Statistics are our most reliable and frequent crutch. Use those digits and fractions properly, ensure you trust the source, and you have the bedrock of any match report – in any sport.

Provided you research accordingly en route, it should be eminently possible to whizz off to Argentina at an hour’s notice to cover a game of polo and rustle up a report that convinces even the most knowledgeable reader that you have a vague idea of what you are banging on about. Journalism, to a substantial degree, is about creating the impression of expertise – and hence the art of bluff.

Be prepared, though, to dig. Take the non-league striker whose 34 goals in 18 games fail to reap the sort of contract that would allow him to quit his day job. Investigation of non-headline statistics and inspection of video evidence might reveal that the boxes he fails to tick are endless. How many of those shots or headers wound up where they were intended? How many were clean connections? How many stemmed from ﬂuky deﬂections? How many from mistimed tackles, crap keepers or slack markers? Did they come against the division’s shoddier defences or in the dying stages of already-lost games? How many would have been ﬂagged offside by a keener-eyed referee’s assistant?

Sadly, the quest for deeper, more telling statistics – spearheaded not only by the likes of Opta and the Elias Sports Bureau but by club video analysts – has bred an obsession with the here and now and a lazy approach to historical data.

Take May’s FA Cup final, which saw Arsenal accomplish something no team had achieved since the very first football match I ever saw: for the second time ever, and the first since 1966, the trophy was won from 2-0 down. Of the five extensive pieces published in The Observer the next morning, not one mentioned this vital context: I nearly choked on my sugar-free muesli.

Twenty-four hours later, I put the question to my first-year students: did they know that Arsenal’s comeback had a precedent? More importantly, did they wonder? The answer to both questions, with a solitary exception, was no. It took time to decide which was the more depressing – the dearth of knowledge or the near-absence of inquisitiveness. In the end, I plumped for the latter. Curiosity might kill the cat, but journalists are bereft without it.