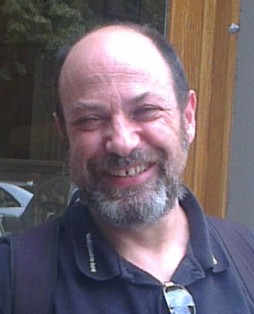 ROB STEEN, pictured right, a sports journalism lecturer at Brighton University with experience as a sports writer over four decades, maintains that his students should always exercise the best standards of English grammar in their writing – even in emails and texts

The other day a bright-eyed and mildly pushy-tailed student sent me a feature proposal by email. He was quite chuffed with himself, and with good reason. His idea was a notch or three above the norm for a third-year undergraduate, let alone a first-year.

Unfortunately, in what was otherwise a fluently written “sell”, he made two horrid errors over apostrophes. The second was much the worse, being a priceless example of the most ubiquitous such faux pas known to man, beast or down-table sub: the inability to tell “its” from “it’s”.

Having recently read a quietish sort of Riot Act about taking care over emails (no textspeak or Twitterish please, we’re British), I wrote back requesting that the offender re-read, rewrite and re-send. My course co-leader (and best pal) Jed, having been copied into the exchange, pinged back a more compassionate reply and then chided me privately for being a grumpy old sod (that good cop-bad cop routine might need refinement).

Our philosophy, he reminded me, should be to encourage, not berate. While the sentiments I had expressed were the last word in self-control, he was probably right. Yet for all the differences in approach, the message we communicated to the student was the same. It was underpinned by a conversation I had a few years ago with Emma John, then deputy editor of the late, lamented Observer Sports Monthly and now a sport and features writer with the paper.

After Emma had given a guest lecture to our third-years, I  asked her how she would react on receiving an email proposing an article, if she spotted any mis-spellings, dodgy word selection or grammatical lapses.

Her response was short and profoundly unsweet: “I wouldn’t reply.”

If journalism has always been a competitive trade, the advent of degree courses and all manner of other qualifications has turned up the heat, all the more so at a time when newspaper and magazine staffs are shrinking and the craft of sub-editing appears to be heading for the knacker’s yard.

For those bent on earning a nice or even liveable living as a sports journalist, the need to stand out from the pack has never been greater. On the one hand, this means mastering skills my spoiled generation have only recently been obliged to acquire. On the other, it means mastering skills as venerable as the published word. That’s why I am forever banging on to my students about the difference between the spoken and written word, and why the first exercise I set them is to write something – anything – that draws on a list of common homophones.

So, how do you navigate these treacherous waters?

First, last and everything comes reading. Not any old publication, and not in any old format, but the best ones, the paper ones, the ones that are still bought in their millions every day and, more important, edited by those with the requisite know-how. The culling of sub-editors may have engendered more mistakes, but in terms of correctness, titles such as the various Mails, Telegraphs and Timeses are pretty dependable. I realise the format in which you are reading this may be somewhat contradictory, but please note the following: scientists have established that absorbing what is written online is a much more trying and less satisfactory experience.

Beyond that, here’s a few tips drawn from perpetual painful experience of some of the most common errors:

Other than to lament the standard of English teaching in schools and the reluctance of journalism students to read newspapers, I hereby resist the urge to bang on any further. Suffice to say that a Cricinfo reader recently described me as a boring pedant. Having fumed for a day or two, I not only realised he was right, but that I wasn’t ashamed of it. Speaking as an irredeemably soppy old hippy, this is one instance, I guiltily suggest, where zero tolerance is, well, tolerable.