As a freelance football reporter, ANTON RIPPON used to look forward to his visits to Barnsley. Until one day in the 1980s

The flak directed at the South Yorkshire police during the recent anniversary of the Hillsborough disaster brought back a memory of my own encounter with a member of that unusually robust constabulary.

It would be in the early 1980s – so before Hillsborough – and I was covering Barnsley against Birmingham City in the old Second Division for the Sunday Telegraph.

I always enjoyed my visits to Oakwell. It was a “real” football ground in the heart of coal-mining country, where people spoke to you in a straightforward manner. I always sat on the back row of the press box and came to expect the sudden prod from behind, from a cloth-capped bemufflered Yorkshireman, straight from central casting, who simply demanded: “Team!” when he spotted the team sheet in my hand. Nice bloke, probably. He just wanted to update his match programme. 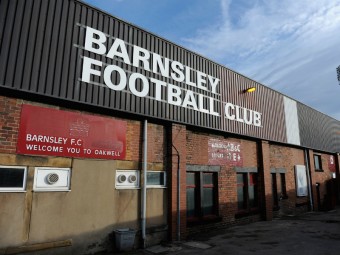 However, on this particular day I wasn’t prepared for quite how straightforward a police constable from the local force was about to be.

At Barnsley railway station I fell in with a long crocodile of Birmingham fans. I was walking just outside their ranks and I was wearing a collar and tie – as you did in those days – and carrying a briefcase, so there was little reason, even for someone who hadn’t yet passed their detective’s exam, to think that I was a football hooligan, of which there were many in that era.

It was a bitterly cold day, and raining, and as I had fallen in step with a local bobby, I thought that I would cheer us both up with a smile and a word, just to pass a moment or two.

“Blimey,” I said, “every time I come to Barnsley, it seems to be lousy weather.”

At which he stopped just in front of me, turned, pushed his face so close to mine that I could smell his Old Spice, and snarled: “Well, why do you fucking bother, then?”

I suppose if that happened today, then I would make a note of his number and report him in a sort of reverse-Plebgate kind of way. As it was, I thought about telling him to bollocks. But then an image came into my head – of me being put in an arm-lock, frog-marched to Barnsley police station and … well, memories were still fresh of the front-page headlines that followed the 1960s interrogation of two suspected Sheffield burglars. This involved a truncheon and a small leather object known as a “rhino tail”.

Suddenly, discretion seemed a better way forward than taking offence. I walked around the policeman and carried on towards the ground. I’ve never forgotten him, though, and since learning of the local force’s shortcomings at Hillsborough, I often think to myself: “Well, I’m not surprised.”

It’s a pity that that foul-mouthed oaf of a copper still taints what are otherwise happy memories of covering football in South Yorkshire.

Ironically, for me at least, visits to Hillsborough itself were always pleasant, not least because of the company of Keith Farnsworth, the former sports editor of the Sheffield Morning Telegraph who was then, like me, freelancing. Keith became a good friend and I had the pleasure of publishing his autobiography, A Sheffield Boy. He has set up a Facebook page in a bid to reunite former Morning Telegraph staff.

Back in the 1980s, my only problem with Hillsborough was that it appeared to have the world’s loudest public address system through which someone called Stevie Splash would welcome you to “Wonderful Downtown Wednesdayland”. My ears still hurt when I think about it.

That was a rare blot on some good times on the South Yorkshire beat. I also enjoyed occasional visits to Bramall Lane where one journey proved fruitless for an unusual reason. In December 1940, Sheffield United’s ground was badly damaged when the steel-making city was a target for German bombers. Due to wartime censorship, the Sheffield Telegraph & Independent could not explain why the following week’s match against Newcastle United was called off. In February 1985, however, local newspapers were free to report that a home match against Oldham Athletic had to be postponed after an unexploded 2,200lb bomb from that same 1940 raid had been uncovered close to the football ground. It took the 33rd Engineer Regiment (Explosive Ordnance Division) 36 hours to defuse it.

One snowy day, the paper sent me to Rotherham United, where one of the few matches to survive that day was to be played. It was my first and, as it turned out, only visit to Millmoor, to sit in a press box that seemed no more substantial than a pigeon loft tacked on to a rickety stand.

That lunchtime, I’d wandered into a rough looking pub, looking for no more than a pint and a cheese sandwich to wile away the time. The landlady ushered me to a table. The chap at the next table noticed my look of surprise because this didn’t seem the sort of establishment that offered waitress service. “It’s OK, mate,” he said. “She thinks you’re a copper.”

I hadn’t sworn at her, so I couldn’t imagine what had put the idea into her head. It turned out that it was because I was wearing a tie. I think the only thing that would have thrown her into greater panic was if I’d admitted to being a journalist. I said I was from the council and left it at that.

Yes, I liked South Yorkshire. It was generally an adventure.