There’s a new sports magazine online, produced by a South Wales-based SJA member, aimed at promoting a range of sports right across the principality. 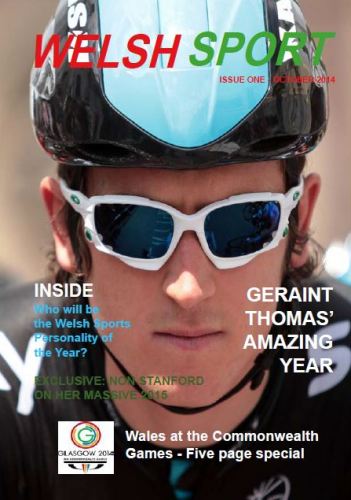 Gary Baker has produced Welsh Sport in just six weeks. “I did this from scratch and had to source some advertising, distribution channels, sort the interviews and pictures and write most of it,” he said.

The first edition of Welsh Sport features a special report on the Welsh team performances at the Glasgow Commonwealth Games, as well as possible candidates for next month’s Welsh Sport Awards, along with a round-up of the IPC European Championships in Swansea.

“For eight years, I wrote the Welsh Sports Association Sport e-newsletter but this had to end in June. However, it was a much-needed resource that was appreciated by many sports governing bodies, members, athletes and coaches in Wales.

“As such, Welsh Sport has taken on the mantle of being a voice for all sport in Wales, not just the mainstream football, rugby union and cricket.”

Welsh Sport is a quarterly, 32-page publication that has the backing of major sports bodies throughout Wales.

To view the first edition of Welsh Sport, click here.

Anyone who would like a free copy of Welsh Sport should email their address to info@walesandwest.com