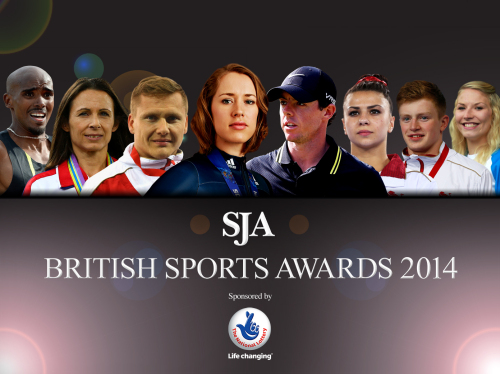 Voting is now open for Sports Journalists’ Association members to select the Sportsman, Sportswoman and Team of the Year.

The SJA is staging the annual British Sports Awards at the Grand Connaught Rooms in London’s Covent Garden on Thursday, December 11, when hundreds of leading figures from sport and media will gather to celebrate another outstanding year of sporting achievement.

The event will be hosted by our president, Sir Michael Parkinson, and Jim Rosenthal and Sybil Ruscoe will be leading the presentations.

But it will be SJA members who will determine who wins the coveted 2014 Sportsman, Sportswoman and Team awards.

Just as in 2012 and 2013, the cascade of gold medals and world titles has continued during another outstanding year for British sporting achievement across a wide range of sports – which makes the task awaiting the members of the Sports Journalists’ Association all the more difficult.

Each autumn since 1949, members of our Association, the sports writers, editors, photographers and broadcasters who have worked with the nation’s sporting heroes and heroines throughout the year, have cast their selections – first, second and third choice – in a unique poll.

That time has come again, with SJA members really spoiled for choice.

Only full SJA members may vote.

You must place your top three contenders in all three categories – Sportsman, Sportswoman and Team of the Year. You may only vote once, and you can choose whether to submit your vote online (which takes a matter of minutes) or by post. But you cannot use both, and duplicate votes will both be eliminated.

Below are three prompt lists of some of the leading contenders, champions all.

There are no recommendations and nor is there a pecking order. This is merely a prompt to highlight some of the British sporting achievers of 2014 to succeed our 2013 winners Andy Murray, Christine Ohuruogu and the British and Irish Lions.

Who you vote for is entirely up to you, whether they are included on these lists or not (although you will need to ensure that you follow the rules on what qualifies in the team category).

Indeed, if you want to make a case to lobby your fellow SJA members to vote for someone, whether included on this list or not, you are encouraged to write a 500-word piece for this website to make your argument, just email it to stevendownes@sportsjournalists.co.uk.

There will be a number of features coming up on the site from SJA members in the next few days highlighting why they will be voting for their chosen sporting achiever of 2014.

In the meantime, here’s a few reminders…

Rory McIlroy – won The Open and US PGA golf majors, as well as member of winning Ryder Cup team

SJA Sportswoman of the Year contenders

SJA Team of the Year contenders

For the Team of the Year, the rules require a team – a unit of two or more persons of both or either sex, competing in the same event – who have contributed most in the year to prestige of British sport on the international stage

And to get you into the mood for the 2014 SJA British Sports Awards, sponsored by The National Lottery, here’s a brief video of our 2013 gala event: