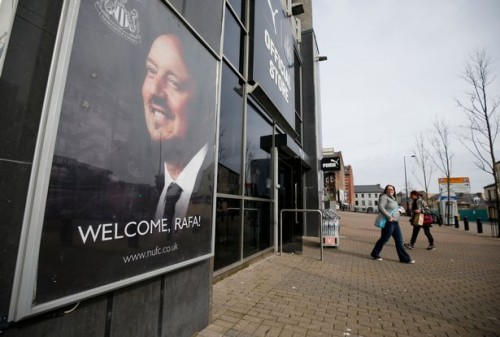 VIEW FROM THE PRESS BOX: Football club directors can make all the difference for their club’s managers, writes DAVID WALKER

A wise, old friend of mine from Manchester used to deliver an insight into football that could be true about the working lives of many executives.

For years he’d observed the way that, in good times, football club directors busied themselves around their managers, offering high-profile support and being ready to share the inside track about their players and team’s prospects.

But when things went wrong and a single defeat became a run of set-backs, and a run of poor form became a crisis and that crisis sparked a vote of no confidence in the manager, the dynamics of their relationship changed dramatically.

My old chum described it thus. “When the dogs stop barking, get ready for them to bite. When you can hear them barking you know what’s happening. But when they go silent, and they’re not returning calls or fussing around you, expect the worst.”

That story is probably true of many facets of life – working and private – but it held a special resonance when you witnessed the final, tawdry days of Steve McClaren’s reign at Newcastle United.

Newcastle had clearly made the decision to search for a new head coach (remember, McClaren was not appointed as manager).

But until they found the new man McClaren had to jump through the hoops taking training sessions, speaking to the media, planning for a crucial Premier League match at Leicester as if he would still be in charge – when the world knew he was doomed.

Yes, perhaps Steve was protecting his compensation payment but I bet there would be plenty of employment lawyers ready to make the case that with Newcastle speaking to other managers McClaren had a clear-cut case for constructive dismissal.

Newcastle United is a great football club. They were close to establishing themselves in the elite clubs of English football in the not too distant past. Even a great football man like Sir Alex Ferguson was almost persuaded to join them in the late Nineties.

Those were the days when Kevin Keegan was earning a reputation as a “serial quitter” at St James’ Park for repeatedly threatening to walk out of Toon.

Fergie had his own political issues with Manchester United linked to his contract talks and years later a Newcastle director insisted to me that they truly felt Fergie could be installed on Tyneside. That appointment might have changed the course of modern English football history.

But the moment passed.

Fergie’s stature grew from great to legend at Old Trafford. Newcastle’s claim to be a Champions League club on merit backed by some of the most passionate fans in football eventually disappeared.

On Sunday, Newcastle face Sunderland in a Premier League game that will play a vital part in deciding if one of the north east giants will escape relegation this season.

Rafa Benitez is the new man in charge at Newcastle. At the moments there will be plenty of noise from execs offering their encouragement to the wily Spaniard.

But Rafa has been sacked enough times to read the script.

When the dogs stop barking…

As with all authored pieces on sportsjournalists.co.uk, the views expressed here do not represent the views or policy of the SJA. Readers are always welcome to post their comments on the content of this column and the rest of the site