Imagine not being able to get score updates and live blogged match reports. Or even to discover if your team had won the title. For ANTON RIPPON and his contemporaries, this was a less-than-fondly remembered reality

There is a story – almost certainly apocryphal – that I love to tell (actually, I’ve even told it here before now, but never mind). It’s about a Victorian football journalist who releases a carrier pigeon from the press box, but then realises that he hasn’t fastened to its leg the message containing the half-time score. So, as the bird wheels overhead before disappearing towards the office, the reporter cups his hands to his mouth and shouts after it: “Woolwich Arsenal three, Leicester Fosse one!” 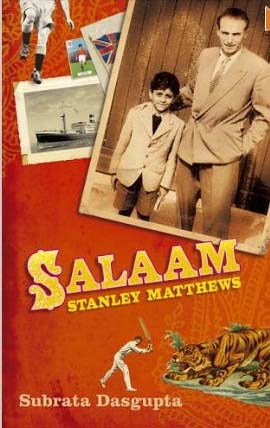 It might be difficult for the Sunny Delight generation to imagine, but finding out the score of a football match – any football match – hasn’t always been easy. Even into the 1970s the best that most spectators could hope for was a big wooden frame bearing the letters A to L, or thereabouts. In the match programme each of these letters was assigned to a Football League match from that afternoon’s schedule. At half-time a man would emerge to post up the latest scores using numbers painted on tin sheets. That was as sophisticated as it got.

So, in these days of instant communication, it is hard to imagine a time when it was sometimes difficult to find out the score of a football match. But to be unaware of a whole title-winning season?

Recently, the anniversary of Derby County winning the Football League championship for the first time in the club’s history brought back some surprising memories – or rather a lack of them – for one of my old grammar school chums, Subrata Dasgupta.

Back in 2006, Subrata wrote a brilliant book, Salaam Stanley Matthews, that describes how an Indian-born youngster new to Britain in the 1950s totally embraced football. The title? Well, when his father, a surgeon in Derby, suggested a family holiday, Subrata pestered him into going to Blackpool – not because the young boy wanted to paddle in the sea, or ride up the Tower, but because it presented an opportunity to catch a glimpse of Stanley Matthews.

So, father and son waited outside Bloomfield Road. And when Mathews made his way to the players’ entrance for midweek training, Subrata pounced and obtained not just an autograph but also a photograph with the great man. For good measure he also “copped” Stanley Mortensen. Of course, once all this was achieved, “my interest in Blackpool waned sharply”.

Inevitably, since he was living in the town, Subrata began taking an interest in Derby County, whose fortunes in the Third Division North he followed avidly. He attended every home game, and when the Rams were away he waited breathlessly outside the local newsagents for the Derby Evening Telegraph van delivering the “Football Special”, the “’Green ’Un” as we all called it.

So you would think that he would have followed the Rams’ fortunes ever since. And, indeed, today he does just that, either through the internet or, if he is very lucky, through live television broadcasts of the occasional Championship match, broadcast in the United States.

Yet when Derby were crowned champions of England in 1971-1972, Subrata was in total ignorance of the triumph under Brian Clough and Peter Taylor. And when Dave Mackay steered them to a second title in 1974-1975, he was again left in the dark.

You see, in 1958, he returned with his family to Calcutta before various academic posts took him to places where football was hardly mentioned. In those pre-internet days that meant an almost total news blackout of what was going on at the Baseball Ground, or come to that, anywhere else in the game.

Today, Subrata, a professor at the University of Louisiana in Lafayette, sometimes knows a Rams away result before I do. But it wasn’t always the case. He told me: “In 1972, we were living in Edmonton, Canada, where I was a postgraduate at the University of Alberta. So for some considerable time I’d been in the wilderness so far as English football … well, world football … was concerned. Canada had no interest in football in those days.

“It wasn’t until I began subscribing to a national newspaper’s air-mail overseas edition that I began to reacquaint myself with the game as reported in that paper. And it was then I read in amazement that Derby were First Division champions.

“You must realise I knew nothing about Brian Clough. Except for the 1966 World Cup win, I was quite in the dark about football altogether. You’ll find it hard to believe, I know, but even George Best was just a vague name.

“It wasn’t till 1977, when we spent the summer in Cambridge, that I really began making up for lost time. I saw my first FA Cup Final – on television, of course; Manchester United v Liverpool – since 1957. I had no idea of Liverpool’s glory years. I knew Bill Shankly’s name – but as a player, not as manager.

“Thinking back, I feel astonished at how football had so utterly vanished from my consciousness between 1958 and 1977.”

It is amazing because Subrata’s memories of football in the 1950s are second-to-none. In our regular email exchanges he generally recalls something from Charles Buchan’s Football Monthly, or Raymond Glendenning’s Book of Sport for Boys. And he is still a great admirer of the works of sports journalists such as John Moynihan and Geoffrey Green.

But this simply not knowing … it got me thinking that back in the 1950s – indeed, well into the 1960s – even those of us in Britain were sometimes left in ignorance. I remember a Derby County midweek match at Grimsby. There was no internet, no local radio, no mobile phone score flashes and all the other things to which we have become accustomed in the 21st century, and the national newspapers went to bed before the match was over.

I had to wait for the following day’s midday edition of the Evening Telegraph before I knew the result. Imagine that – more than 12 hours after the final whistle had sounded and you still didn’t know the score. A pigeon might have done a better job – provided the reporter had remembered to attach the message, of course.