Peter Laker’s practical jokes have long been the stuff of newspaper legend, as Pat Gibson alluded to in his affectionate tribute to the Mirror’s inimitable former cricket correspondent. 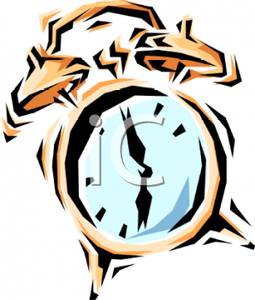 One Laker story springs to mind. The victim on this occasion turned out to be another unsuspecting Yorkshireman, not an exasperated Dick Williamson in the Headingley press box but an equally exasperated Tom Lyons at the Mirror’s sports desk.

Tom had been steeped in boxing and rugby league, a sport not noted in the 1960s and 1970s for bothering too much about the Queensberry Rules. His uncle had been in Bruce Woodcock’s corner when Doncaster’s finest won the British heavyweight title and Tom used to tell a wonderful story about the new champion promising to give every one of his five-man entourage a special celebratory treat before pulling a 10 shilling note out of his four-figure winnings, a fortune in the late 1940s, and sending the young Lyons off to buy five fish suppers. I digress.

One summer, when the Mirror found themselves a bit short on the football front, they called Tom in to their London office from Cardiff for a couple of weeks.

He went out one lunchtime, returned with what looked like a box wrapped in brown paper and sat down next to Laker. “What you got there, Tom?” Laker asked.

As a canny Tyke from Dewsbury, Tom Lyons was not in the habit of giving much away

“It’s nothing, Peter. Nothing of any interest.”

With Tom out on a story, curiosity got the better of Laker. He unwrapped the brown paper, opened the box and found an alarm clock. Having overheard Tom talk about a 45-minute journey on the Central Line to his digs, Laker calculated roughly when his colleague would be on the Tube and set the alarm accordingly.

Next day, Tom came into the office.

“‘All well, Tom?” Laker asked. “Got back allright last night?”

“Now that you mention it, Peter, no,” Lyons said. “When you asked me yesterday what was in the parcel, well it was a new alarm clock because I’d left the old one back in Cardiff. The Tube was packed as you’d imagine at rush hour. Well, to cut a long story short, the bloody thing went off and everyone’s looking at me as if they’re expecting the Fire Brigade. That was bad enough but I didn’t know how to stop it and it made a hell of a racket.

“I can’t understand what happened because I made a point of checking with the shop that they hadn’t set the alarm. I tell you what, I’m going to play merry hell with them.”

“Alarm clocks these days,” Laker said without batting an eyelid. “You can’t trust them.”

Tom Lyons, a dear friend who helped me so much in my early days as a sports reporter, knew everyone worth knowing in boxing, rugby and football, especially Matt Busby. When Manchester United came to Cardiff in the old First Division, as they did in the 1950s and early 1960s, Matt always made a point of inviting Tom to lunch with the team at the Park Hotel in central Cardiff.

He told me about one occasion in his matter-of-fact manner. “I got there a bit late. The United lads were all having their steak, as football teams did in those days. I couldn’t see an empty chair so I was about to leave the dining room when Matt saw me. He insisted that I stayed and asked a waiter to set an extra table for two.

“Once that was done, he called the captain of Manchester United, Roger Byrne and said: ‘Roger, I’d like you to meet a good friend of mine, Tom Lyons, and we can’t have him sitting on his own.’

“So we sat down. I started my lunch, Roger finished his and chatted until I’d finished mine. And that wouldn’t have been too long before he and some more of the Busby Babes lost their lives in the Munich air disaster.”

Tom, a Mirror man from tip to toe throughout the halcyon days of gigantic figures like Cassandra, Marjorie Proops, Peter Wilson and Peter Laker, never put a penny on his exes that he hadn’t spent. How cruel, then, that he ended up a victim of the Robert Maxwell pension fraud. He died in 1993. Now that Laker has joined him in the heavenly press box, he might be about to get his own back…