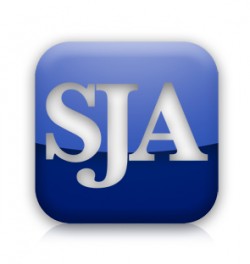 The 2014 annual meeting of the Sports Journalists’ Association will be held from 1pm on Thursday, April 10, at the Olde Cock Tavern on Fleet Street.

Only fully paid up members of the Association may attend.

The business of the meeting will be to receive an annual report, the annual accounts, appoint auditors and to elect the officers and committee for 2014-2015.

There are no amendments to the SJA constitution recommended by the committee to consider, but motions proposed and seconded by full members and submitted to the secretary in writing no later than seven days before the date of the meeting may be tabled.

Likewise, nominations, with proposer and seconder, for committee members can also be submitted.

Our President, Sir Michael Parkinson, has let it be known that this will be the final year in which he will hold the office. Bill Colwill, the Association’s longest serving member of the committee, our membership secretary, is retiring.

All the present officers are standing for re-election, namely:

There are a number of co-opted committee members: Tom Clarke and Brendan Monks as the chairs of the sports journalism judges; Keith Elliott as our training adviser; Barry Newcombe as the immediate past chairman and AIPS delegate; and Philip Barker as UEPS delegate.

A buffet lunch will be provided after the business of the meeting is concluded (though we ask members to buy their own drinks).

This is an excellent opportunity to socialise, network and meet your committee to discuss the Association’s activities.

Proposals, or committee nominations need to be made by Wednesday, April 2, by email to stevendownes@sportsjournalists.co.uk , with “Annual meeting proposal” in the subject field, please.

Any SJA member wishing to attend is also asked to book themselves in (for catering purposes), also by sending an email to the secretary, stevendownes@sportsjournalists.co.uk, with “AGM attendance” in the subject field.