Sports Direct is behind the launch of a monthly sports magazine for men, Forever Sports.

Published under contract by Haymarket Network, the title has a cover price of £2 and initial distribution of 160,000, through newsstand sale and 500 shops and subsidiaries run by the Sports Direct firm owned by Mike Ashley. 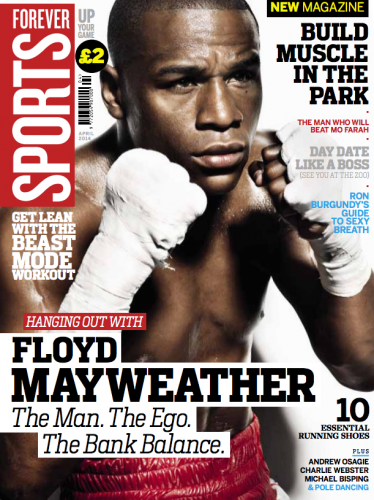 Nikki Wicks will edit the title with an impressively sized editorial team of 10. Wicks previously worked on Spikes magazine, produced by Haymarket for the IAAF, the international athletics governing body.

Forever Sport  is aimed at men aged 18 to 30 and “aims to challenge publishing convention by offering exclusive interviews with the world’s coolest sports stars and the best style and fitness advice for only £2”.

The first edition includes features on boxer Floyd Mayweather, David Beckham, the European Footgolf championships, and Wilson Kipsang, the world record-holder, on how he plans to beat Mo Farah in the London Marathon.

Sportsdirect.com magazine, which was launched by Haymarket Network last year, is no longer being published.