NORMAN GILLER’s latest book is packaged up and off to the printers, and he pauses to remember an old friend and a dark period from history

My 99th book – The Ali Files – went off to the publisher this week for a spring launch, and among the people to whose memory it is dedicated is my old mucker, Mickey Duff. 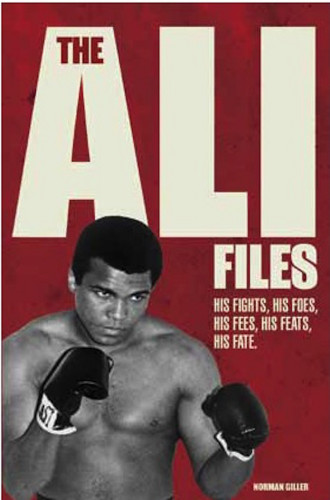 Mickey has loomed large in my thoughts during the sombre commemorations marking the 70th anniversary of the liberation of Auschwitz. “That’s where the Nazis wanted me to be a guest,” he used to say with the sort of black humour born of dark experiences.

Born Monek Prager in 1929 in Tarnow, Poland, he was the son of a Rabbi and escaped to Britain in 1938 just months ahead of the German invasion that led to many of his family to die in the extermination camps.

He briefly studied to become a Rabbi at a Jewish school in Gateshead but found boxing a better attraction. Borrowing the Mickey Duff moniker from a character in a James Cagney gangster film, he boxed professionally from the age of 15 without his parents knowing.

“I was interested in taking the money but not the punches,” said Mickey, with a flattened nose as evidence that he did not always meet his target during his 69-fight career in which he never made it beyond contender status.

By the time we became friends in the 1950s, he was scrabbling a living manufacturing duffel coats in an East End sweatshop, while in his spare time building a reputation as a boxing matchmaker who knew a good fight before he saw it.

Of course, he went on to become one of the most powerful forces in world boxing. I hung on to his coat-tails and worked as a PR for him and his partners Harry Levene, Jarvis Astaire and Mike Barrett, and also with my best pal Terry Lawless in our corner.

It was a well-kept secret that Mickey was stateless under British citizenship law until one month after he co-promoted the Muhammad Ali v Henry Cooper heavyweight world title fight at Highbury Stadium in May 1966.

Mickey became British on his 37th birthday in June 1966, after his nemesis Jack Solomons had ruthlessly tried to block him obtaining a promoter’s licence on the grounds that he was “a foreigner”. The Ali-Cooper fight marked the end of the Solomons ascendancy over British boxing.

Mickey will always be one of my Most Unforgettable Characters. His final years before his death 10 months ago, at 84, were lost in a fog of dementia because he had several fights too many.

Back in the 1960s I helped with the publicity when Mickey launched the Anglo-American Sporting Club, based at the London Hilton. The notorious Kray twins applied for membership, and Mickey turned them down.

His then wife, Marie, rang me at the office one morning to say: “Mickey’s on his way in. Tell him I’ve just been sent a dead rat in a flower box.”

Mickey had already heard, and said: “That can only be the Krays. I’ll send them a telegram that says: ‘No rats allowed’.”

The following week the twins were arrested and eventually locked up following an investigation by Leonard “Nipper” Read. The Scotland Yard detective was Mickey’s mate and later became chairman of the British Boxing Board of Control.

In this week when the Holocaust is casting its shadow, I am reminded in particular of two Mickey Duff stories.

We were together in a hotel restaurant in Munich before the Ali-Richard Dunn world title fight on which I was working in a PR capacity when Mickey ordered a glass of water. The waiter asked: “Mit gas?”

A year earlier he was being given a late-night lift after a show in Germany by a Berlin promoter, who said in conversation: “Mickey, please let me assure you that all the talk of the Holocaust is exaggerated to make we Germans seem inhuman. We did not kill 6 million Jews. No more than 3 million, tops.”

Duff said: “Stop the car. Now!” He got out in the middle of nowhere and found his own way back to his hotel.

I pass on these yarns just to put the Holocaust horrors back on to your radar screen.

Every journalist, be it sports, news, features or any other of the word-manufacturing kind, has a duty to keep alive the fact that it happened as a warning and a reminder of how inhuman humans can be to humans.

Never ever let the Holocaust deniers become the voices that are listened to.