Manchester City did not need a penalty shoot-out to win the Carabao Cup on Sunday but when they first lifted the same trophy 50 years ago there was a spot-kick decider at Wembley.

It is important to point out that it took place before the match and did not feature any of the City stars but schoolboys taking part in ITV’s new “Penalty Prize” competition.

The whole thing was the brainchild of ITV Sport supremo Jimmy Hill.

“It was Jimmy’s idea of David and Goliath,” said Michael Archer, at the time a senior programme editor at ITV.

Over 2,500 youngsters entered. It was advertised in the TV Times and promised “every schoolboy’s dream, a chance to go for goals at Wembley in front of a capacity crowd against one of the world’s top goalkeepers.”

Throughout January and February 1970, hopefuls took penalties at grounds across the country. The best were shown on On the Ball, the lunchtime football preview programme.

“You’d get a phone call from one of the regions saying we’ve got this kid who would be great for Penalty Prize,” said Archer. “We’d have kids looking like angelic choir boys who were absolutely ace at penalty shooting.”

“This brief On the Ball spot has sent ITV sports chiefs whooping for joy, because the kick-in kids’ are attracting more and more viewers. ITV’s newest and most successful gimmick in their fight to win Saturday afternoon sports viewers from the BBC,” wrote Ken Irwin in the Daily Mirror. 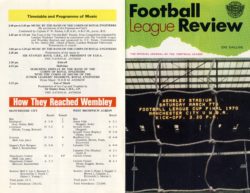 Goalkeepers included Gary Sprake of Leeds, Bill Glazier of Coventry and David Best of Ipswich, all First Division stars at the time.

“The contest is played seriously. The goalkeepers are told to stop every shot they can,” insisted commentator Brian Moore.

Archer recalled: “They entered into the whole spirit of it and took it in very good part. They saw it as a challenge, that would encourage the next generation of football stars.

“It was a little bit of personal promotion for them and sometimes they managed to make a save or two.

“The key to the whole thing was not just the brilliant idea, but that the final had this glittering showpiece occasion at Wembley, when ITV had the exclusive rights to the League Cup final.”

The deal for that was apparently sealed when Moore and Hill took Football League secretary Alan Hardaker to a West End show followed by a slap-up supper at the Savoy.

Penalty Prize was not shown live. Horse racing was sacrosanct on ITV.  They’re Off (later to become the ITV Seven) was introduced with a doff of the hat by John Rickman. That day the racing came from Hereford and Ayr before the recording of Penalty Prize was transmitted under the banner “International Sports Special”.

On other days, this slot had banger racing, wood chopping and daredevil Evel Knievel.

In 1970, the four finalists took the field with Manchester United’s Alex Stepney and Tottenham’s Pat Jennings as goalkeepers. 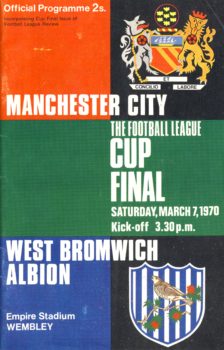 Archer stood alongside Hill keeping the score as Billy Moody, an Irish Schools international from Kelvin Secondary School in Belfast and Ian Woodward from Caludon Castle School in Coventry matched one another penalty for penalty.

Moody had already earned the admiration of Glentoran’s keeper Albert Finlay by scoring eight out of ten a few weeks earlier to qualify for Wembley.

“He placed his shots beautifully against me. I had no chance.”

Moody proved equally unflappable on the biggest stage to win the competition after a shoot-out and lift the TV Times Trophy.

He was soon having trials with Manchester United at Old Trafford, but never made it in the Football League.

Even so, Penalty Prize became a League Cup final day essential in the early 1970s. It grew wings with a Europe wide competition featuring finalists from Denmark, Israel and Turkey.

“We also did an amazing private shoot when we had Eusebio against Gordon Banks. It was on the QPR pitch at Loftus Road,” recalled Archer.

Eusebio pulled on a hooped Queens Park Rangers jersey, and against his old rival Gordon Banks, he scored nine out of ten.

Banks was also the goalkeeper at Wembley for a memorable competition in 1974 when another Irish youngster, Jim Brennan, rattled in a maximum to win the trophy. A Sunderland apprentice, he later played in France and Belgium before returning home to Ireland.

Among the youngsters he beat that day was Stuart Beavon, who enjoyed a long career at Reading and even scored for real at Wembley in the 1988 Simod Cup final. Naturally it was from the penalty spot.