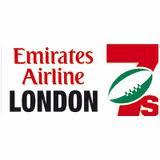 Ahead of the London leg of the HSBC Sevens World Series on May 21 and 22, the Twickenham press operation is offering two key press opportunities.

Joining ambassadors of The Prostate Cancer Charity (TPCC), Official Charity of the Emirates Airline London Sevens, and the England squad, members of the media will be put through their paces in a warm-up and skills session before joining the action on the Twickenham turf.

Members of the media who wish to take part or attend and view please email laurabrown@rfu.com by 5pm on Friday, May 6.

In attendance will be the head coaches of Australia (2010 champions), New Zealand (HSBC Sevens World Series leaders) and England (home team), representatives of the tournament sponsors Emirates and tournament organisers. All 16 team captains will also be in attendance and available for interviews, as will RFU Rugby Operations Director Rob Andrew.

To confirm your attendance and to request one-to one interviews please email laurabrown@rfu.com by 5pm on Friday, May 13.