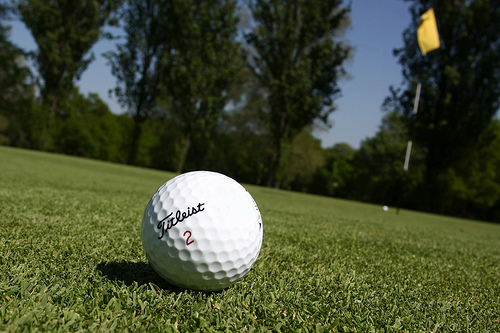 The SJA’s 2011 Autumn Golf Day will be held for the fifth consecutive year at leafy Muswell Hill, one of suburban London’s finest and best tended courses, on Monday, September 12.

This popular event is notable for the emphasis being on the social side of the occasion, rather more than your golfing ability. All SJA members who know one end of a golf club from the other, regardless of age or gender, are encouraged to come along for an informal day out with colleagues and friends, old and new.

Founded in 1893, Muswell Hill Golf Club is a par 71, 6,100-yard parkland course and a great test of golf. The tree-lined, undulating fairways and outstanding greens are a pleasure to play and the final stretch is probably one of the toughest finishes among golf courses in London.

The main competition among the members will be for the Phil Sheldon Trophy, named in honour of the late golf photographer who was also a popular member of the north London club. The winner in 2010 was Golf Day stalwart and top snapper Hugh Routledge.

The cost per day per head is usually in the region of a bargain £50 to include an 18-hole round of golf (playing in three-balls), a two-course late lunch, trophies and a range of prizes for even the less accomplished of players.