As Ealing Trailfinders Rugby Club prepares to make its debut in the Green King IPA Championship, the second-tier of English club rugby union, the players, coaches and staff of the club would like to invite you to a media open day on Monday,  September 9 from 1pm onwards. 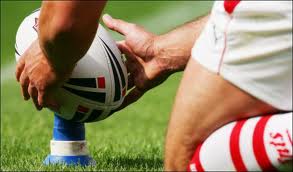 Director of Rugby Mike Cudmore, the man who has taken Ealing Trailfinders from London Division One North through five promotions to the Championship, will be on hand to talk about his and the club’s remarkable achievement and look ahead to the first match against London Scottish on September 14.

There will also be players available for interview as they look ahead to a season that pitches the club against former Premiership teams such as Bristol Rugby, Leeds Carnegie and London Welsh, as well as local rivals London Scottish and famous rugby names including Bedford Blues, Moseley and Nottingham.

A year ago Ealing was setting out on their second year in RFU National League 1. It was a year that culminated in the team finishing as champions with 128 points following 25 wins, two draws and three defeats and by the end of the season they had scored more than 1,000 points.

The players will be available from 1pm until 2.15pm, when they begin their afternoon training session, which will be open for photographers and television crews to film. Light refreshments will be served and wi-fi is available.

Timetable:
1pm – Arrival of director of rugby and players
2.15pm – End of interviews
2.30pm – Start of training, open to media for first 30 minutes

For further information and to RSVP please contact:
Jeremy Inson, Press officer, Ealing Trailfinders Rugby Club on 07810 313938 or at pressofficer@ealingrugby.co.uk