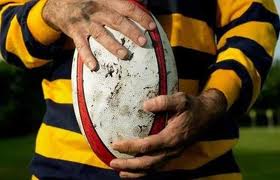 The Rugby Writers’ Club would be delighted if members of the SJA joined them to celebrate the club’s 50th anniversary at a lunch on September 20.

The event, at Stationers’ Hall in London, will be attended by special rugby guests from the last five decades, including Sir Clive Woodward, JPR Williams and Keith Wood.

‘The idea was conceived by Terry O’Connor, a veteran SJA member and the only surviving founder member of the club, and it promises to be a good old-fashioned sporting lunch.

Tickets are £60 for a three-course lunch, including wine. If any SJA members are interested in attending, please get in touch with one of the following for further details: