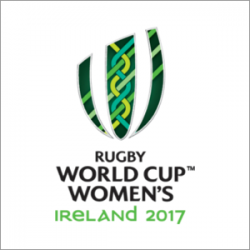 Pearce, who runs The Sportsdragon website, says he has been left out of pocket because hotels and flights had to be booked in advance and at premium rates.

He blogs: “I have had countless emails and tweets, from journalists and photographers much higher up the food chain than yours truly, who are extremely upset and bewildered at Irish Rugby’s total lack of appreciation, and foresight, when assessing the volume of media interest at this year’s tournament.

“In most cases no explanations were given for refusal, but thanks to some high-profile support my application was taken further, although the outcome was the same.

“Women’s rugby has been constantly crying out for the increased media coverage their game deserves, and now at a time when it gets top billing, they have been badly let down by the organisers of WRWC 2017.”

A spokesman for World Rugby said: “In response, let me point out that we have been inundated with media requests for WRWC 2017, which shows the strength, growth and popularity of the women’s game in recent years.

“Unfortunately, given the size of the stadiums in question, we’ve had to prioritise the journalists and photographers that we can accredit for the event.

A Rugby World Cup event means that we have media from all over the globe filing for major organisations in major markets and, unfortunately, we cannot accept media who do not have a specific assignment other than their own blogs and websites.”