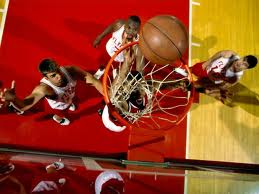 One of Britain’s specialist basketball correspondents has come runner-up in the annual awards of the Professional Basketball Writers of America.

SJA member Mark Woods, who contributes to several British newspapers as well as to BBC Radio 5Live and Sky Sports coverage of the sport, was shortlisted for one of a series of reports for ESPN from last summer’s European championships.

Woods, also assistant editor of specialist British magazine MVP, was in Orlando, Florida, for the announcement of the winners during the NBA’s All Star Weekend.

The PBWA’s membership is drawn almost exclusively from north American writers with the awards adjudged by a team of sports editors.