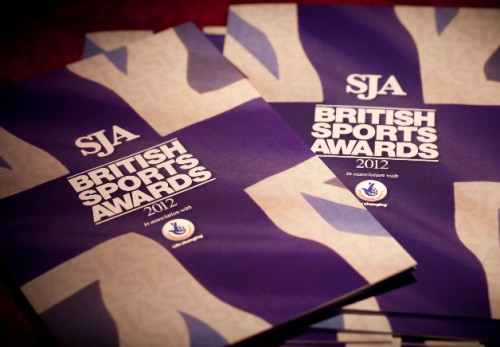 Sponsored by The National Lottery, the SJA will be staging the 64th British Sports Awards at the Tower of London on December 12.

And the three principle prizes – the Sportsman, Sportswoman and Team of the Year – all awarded based on a ballot of SJA members, the voting for which opens today

They – well, probably “we” – said that there would be no British sporting year to match 2012.

And yet in the past 10 months or so, Britain’s champions have gone a very long way to matching, and in some instances bettering even the achievements of London’s Olympic and Paralympic golden year.

While there may not have been any Games medals on offer in 2013, the world titles, series wins and Slam victories just kept rolling in across a wide range of sports – which makes the task awaiting the members of the Sports Journalists’ Association all the more difficult.

Each autumn since 1949, members of our Association, the sports writers, editors, photographers and broadcasters who have worked with the nation’s sporting heroes and heroines throughout the year, have cast their selections – first, second and third choice – in a unique poll.

That time has come again, with SJA members really spoiled for choice.

Only full SJA members may vote. You must place your top three contenders in all three categories – Sportsman, Sportswoman and Team of the Year. You may only vote once, and you can choose whether to submit your vote online (which takes a matter of minutes) or by post. But you cannot use both, and duplicate votes will both be eliminated.

Here, just for guidance, is a prompt list of some of the leading contenders, champions all. But you may vote for whoever you wish – they need not be on this prompt list at all (though you need to ensure that you follow our rules on what qualifies for the team category):

SJA Sportswoman of the Year contenders

SJA Team of the Year contenders

For the Team of the Year, the rules require a team – a unit of two or more persons of both or either sex, competing in the same event – who have contributed most in the year to prestige of British sport on the international stage