Members of the SJA have just five days in which to cast their votes for the 2013 SJA British Sports Awards. 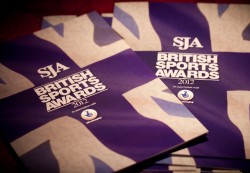 Only full members may vote, and all SJA members should have by now have received ballot forms through the post (if you are an SJA member and have not received the mailshot, then you need to advise us of your details immediately).

But if you have not yet cast your vote and want to have your choice of Sportsman, Sportswoman and Team of the Year included in the tally, then you can do so online right now, ahead of the voting deadline of this Friday, November 22.

If you want some advice and thoughts about who to vote for, then take a look at this collection of articles from your fellow members, and the thoughts of one notable non-member, giving their choices for some of the most cherished accolades in British sport since 1949:

Philip Barker on Glover and Swann

This, of course, is just the choice of these members, and of a Sportswoman of the Year.

For a listing of all the other likely contenders in the voting, click here.