So someone asks you to write for them online, for nothing. Then they make money out of your work. What should you do? Don’t, says NORMAN GILLER, be surprised

Thousands of writers in America are in a huff after losing a court battle to get paid for their online contributions to the Huffington Post website. Speaking as a true-blue amateur, they have my sympathy but not my support. 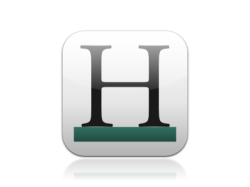 Sports blogs alone fill acres of virtual space on the internet, and a huge percentage of sports bloggers pour out their feelings and opinions for love not money. It is the biggest revolution in the literary world since Gutenberg invented the printing press.

Many people no longer consider themselves readers but writers. They are not content to read the views of experts like what I am (© Ernie Wise 1974), but prefer to be screened and heard with their own take on scores of topics.

It caused shock waves across the blogosphere when Cambridge-educated Ariana Huffington pocketed the little matter of $315 million when selling HuffPo to AOL.

Much of the Post’s success was built on the foundation of words provided by a stream of voluntary bloggers, and 9,000 of them decided they were entitled to a share of the Huffington treasure.

Their class action was kicked into touch last week, with the judge ruling they were fully aware they would not be paid for their work when they volunteered their services. The judgement read:

“Quite simply, the plaintiffs offered a service and the defendants offered exposure in return, and the transaction occurred exactly as advertised. The defendants followed through on their end of the agreed-upon bargain.

“That the defendants ultimately profited more than the plaintiffs might have expected does not give the plaintiffs a right to change retroactively their clear, up-front agreement. That is an effort to change the rules of the game after the game has been played, and equity and good conscience require no such result.”

Nutshelled: if you agree to write for nowt then that is what you have to expect to receive. Your reward is the free platform for your message and your opinion, and the ego-massage the projection provides.

At the last count there were 156 million bloggers crowding the blogosphere, nearly 50 million of them pontificating on matters sporting.

Sadly, it has become a jungle out there. Many bloggers abuse their freedom of expression by being vile and offensive, and there is a growing army of keyboard warriors – particularly on the football-themed sites – who use the comment facilities to post opinions that are at best crude and at worst odious.

I recently launched a Spurs Writers’ Club on Facebook and stupidly made the proposal that it should be about conversation not confrontation, and free of unnecessary swearing. Silly boy. Immediately, the idiots – bravely hiding behind the shield of anonymity – were out in force, pouring vulgar profanities into their comments. I quickly retreated.

There is a movement starting in the United States, led by Dublin-born Tim O’Reilly, for a code for bloggers. These are the seven main proposals:

Activist Jonathan Tasini, the Texan who led the failed class actionagainst Huffington, insists the fight goes on for a fair deal for bloggers. He said: “We’re using the lawsuit to spark a movement and an organising effort among bloggers to set a standard for the future, because this idea that all individual creators should work for free is like a cancer spreading through every media property on the globe.”

My advice to my blogger brethren hoping for financial reward for their words and wisdom: Don’t hold your breath.

DID I TELL YOU about the night I slept with Laurie Pignon?

It’s an anecdote worth recalling as we celebrate the life of a Fleet Street giant and war hero who has passed on at the age of 93. The story captures the bonhomie and generosity of an unforgettable character, who could have stepped out of the world of Bertie Wooster.

Come back with me to my earlier life as chief football reporter for the Daily Express. I was covering the 1973 Scotland-England match on a snow-carpeted pitch at Hampden Park, the night of the High Cs – with Allan Clarke, Mike Channon and Martin Chivers all scoring in a 5-0 savaging of the Scots.

Being a bright boy, I had ordered a cab to pick me up from Hampden at 10.15pm to catch the midnight flight back to Heathrow. Just as I was preparing to leave the Press Box after filing my match report, I got a request from the Scottish Daily Express for an English view of the massacre.

As I set about chiselling the copy, my cab arrived and was hi-jacked by reporting masters Peter Lorenzo. Ken Jones and Brian James, who gave the assurance they would send the cab back for me.

Between them getting to the airport and me finishing the Scottish lament, a blizzard hit Glasgow and I had as much chance of getting a cab as Captain Scott being rescued.

I waited for the snow storm to ease off, and then started the trudge to inner Glasgow and a hoped-for hotel room at the Grand Central, where I had spent the previous night. Some chance! The place was heaving with football fans, like me stranded in Glasgow.

I was just looking for a seat where I could park myself when across the foyer came the shout: “Giller, you look like a drowned rat.”

It was Laurie, inevitable pipe jutting from his jaw and a tumbler of whisky in his hand.

When I told him my predicament, he said instantly: “No problems. I have a double bed. Sleep with me.”

It was not an invitation as much as an instruction. This was typical, no-nonsense LP. A team-mate in trouble? He would always be first with a helping hand.

I can honestly say it was the only time I ever slept with a man who smoked a pipe in bed.

Rest easy, old friend. From now on, just a pipe of peace.