DELHI DIARY: After a week of work in the heat of Delhi covering the Commonwealth Games action, even JOHN WRAGG is starting to fray at the edges 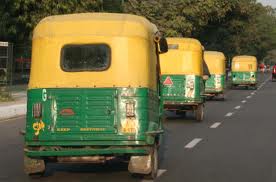 Even our accreditation passes are curling up at the edges now. Think of an old slice of bread with the corners turning up, you’ll get the idea. The passes haven’t been laminated properly, so the plastic’s coming away.

It’s a bit like these Games in general: frayed round the edges and always on the verge of falling apart.

We got there to be met with, “Sorry sir, you can’t come through here, sir, very sorry, sir.” A policeman told us that, while agreeing that the security machinery would accept our passes with the stadium but five minutes away. ” You have to go to Gate 2, sir. It is 1km walk away.”

A more senior police offical was brought. He had enough gold braid on his shirt to pay off Britain’s debts.

He shook his head some more. ” No sir, not this gate, it is the rules.”

A Commonwealth Games offical, complete with blue pass, came by and was rudely dismissive.

Simon Hart, from the Daily Telegraph,was already in his seat. Ten minutes ahead of us, he had walked straight through Gate 14.

When we left the stadium, guess which gate we went through, with a solider smiling a “Good Night” to us?

It’s what drives you mad here. The Games helper who made sure we didn’t get lost on our marathon walk from Gate 14 to Gate 2 could not have been more helpful, charming, or embarrassed at what had happened.

He saw how idiotic it had been. “I apologise,” he said. “I know this is wrong. But there is nothing I can do. It is not us, it is the people in charge. It is India. Every time this happens, it makes my country look bad for you.”

The ordinary Indian people you meet every day could not be more helpful or concerned. When I badly twisted my ankle the other day, after an initial examination by the England team doctor (thanks, Team England), he handed me over to the Indian medical team at the athletics stadium and they were simply terrific.

When four of us were trying, and failing, to get back from the pool quite late one night and all the taxis and tuk-tuks were full, another senior policeman saw our plight as we trudged down the  Mother Teresa dual carriageway.

He asked us if we needed help and then sent one of his men to find a tuk-tuk and bring it back for us.

This is such an odd country.

Read the previous Delhi Diary: The elephant in the bus lane

John Wragg is a sports writer with the Daily Express.