WHO WILL GET YOUR VOTE? After 15 years as champion jockey, 3,000-plus winners and now, finally, a Grand National victory, Tony McCoy  deserves every SJA member’s vote as their 62nd Sportsman of the Year, argues the Daily Mirror‘s MARTIN BOOTH 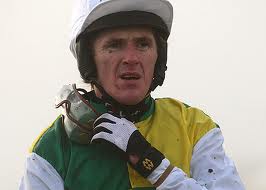 There are those of us who feel that AP McCoy should have been on a shortlist of one for Sportsman of the Year for roughly the last decade.

But this year, surely, his claim is undeniable if only because at last, after passing the astonishing milestone of more than 3,000 career winners, one of those winners finally came in one race that matters to the Great British Public.

At least a mile from home in the Grand National in April, it was apparent that Don’t Push It was going best of all. From then on, those of us whose money had been lost elsewhere readily transferred our support to National Hunt’s perennial champion jockey and his bid to claim the only major prize to elude him.

There was never any doubt, once Don’t Push It went to the front after jumping the last fence, that he would stay there. That tends to happen when AP is in the saddle.

Now 36, he could be forgiven for slowing down a touch, especially now there are no worlds left to conquer for a  man who has redefined jump racing’s record books and has been champion jockey for the last 15 seasons.

Just look at that figure again: 15 seasons at the top of a game which takes such a demanding physical toll on its human protagonists.

And yet there he is now, at the top of the charts, grinding his way inexorably towards title number 16.

McCoy is dedicated, committed, a master of his craft. He does not know how to give less than everything of himself to each horse he rides. Which is why punters love him – everyone has backed an AP winner over the years.

And they put their money down secure in the knowledge that even if the horse does not win, it will not be for the lack of assistance from the saddle.

Everyone has a favourite AP ride. I never thought I would see one better than the remarkable drive that lifted Edredon Bleu to victory at the very last gasp in the Champion Chase at Cheltenham in 2000.

But then I saw him win the William Hill Trophy there nine years later on Wichita Lineman, a horse who jumped the second last in 15th place and somehow passed the line first. The knowledgeable crowd at the course that day knew that only one man could have got that horse home in front.

All this determination and professionalism might lead people to wonder if he is a bit dour – which was why McCoy’s endearing journey to the verge of tears after his moment of triumph at Aintree was so revealing.

Yes, he is superhuman. But in that moment, the nation was also able to see that Tony McCoy is human, too.

Who is worthy of your vote? Check out our experts’ views here:

Deadline for voting is November 9. Click here for the online voting form.

Tickets to attend the SJA British Sports Awards on December 8 are also now on sale. Click here for a booking form.