It is almost a year since legendary football reporter Bob Cass died after a long battle with cancer but his memory lives on. Cass, who worked for The Sun and Mail on Sunday, has had his memoir published.

Son Simon provides a taster of what’s to come in By The Way – Cass senior’s trademark phrase, uttered in almost every spoken sentence. 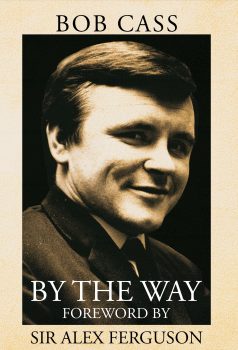 But for those who did not have the pleasure of his company into the wee small hours, or those who just want to see those tales in print, he chose to dedicate a large proportion of his later life to writing his memoir By The Way.

For as long as I remember he wanted to put down on paper just how relationships with giants of the football world, such as Brian Clough, Sir Alex Ferguson and Kevin Keegan, were formed and how confidences with those characters generated a host of cracking stories.

Things have certainly moved on in the sports reporting game, although he did eventually get his head around Twitter.

But back in the days when metrics were still just cockney rhyming slang for piles, my old man and his contemporaries enjoyed relationships with managers, players and pros from across the world of sport which have sadly become a thing of the past.

Blagging his way onto the Newcastle bench to report on their 1969 Fairs Cup final win or being chucked in the players’ bath at Wembley following Sunderland’s 1973 FA Cup final victory are just a couple of examples of the fun the old fella had during his career.

There are plenty more tales in By The Way of what plenty would consider to be a golden age for a sports reporter. He loved the game, as his several failed attempts to retire bear witness to, and reading about the many highs and occasional lows he went through during his long career it is easy to see why.

Clandestine motorway service station meetings with Cloughie as he tried to steer him from Forest to Sunderland, arranging Howard Kendall’s return to Everton in equally cloak and dagger fashion and a certain encounter with Nick Faldo at The Masters which led to a ban from Augusta all get an airing.

So too does his involvement in Sir John Hall’s takeover at Newcastle and Steve McClaren’s appointment as Middlesbrough boss. As you might imagine there is or also a chapter or two dedicated to his close bond with Fergie, which was certainly not all plain sailing.

Okay, I’m biased, and I miss him dearly. But I reckon if you love your sport, you ever shared a press box or a glass with Bob or you just want to know what sports reporters used to get away with then you should grab yourself a copy… by the way.

By The Way by Bob Cass is available at Waterstones, Amazon, and Austin Macauley