The wait is over.  As we head towards the end of another wonderful sporting year, it is time to make your choices for the SJA 2019 Sportsman, Sportswoman and Team of the Year. 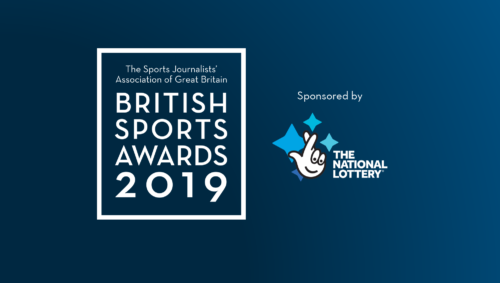 The  winners will be revealed at the British Sports Awards, a gala ceremony in London sponsored by The National Lottery, and attended by a glittering array of figures from the world of sport and media.

It is the SJA membership, a knowledgeable and professional association of sports journalists, who decides the winners of the longest-established sports awards in this country.  As well as the three top prizes, presented by Association president Patrick Collins, there are many other awards recognising sporting excellence.

This year’s edition will take again take place at The Pavilion at the Tower of London on Thursday November 28.

Since 2012, the SJA’s British Sports Awards have been generously sponsored by The National Lottery, who through two decades and £6 billion of funding, have transformed the fortunes of many of Britain’s sports.

Members can vote for their one, two, three in each.

Please do make sure you use your votes. Our awards are among the most prized by the nation’s elite athletes because they are chosen by you – the nation’s sports journalists:

We are also looking for nominations for the Sport for Social Change award – details HERE.

The award has been created in conjunction with the Sport for Development Coalition, and supported by Oaks.

And once you have cast your vote, we hope that you will join us at the awards ceremony. Members’ tickets are heavily discounted.

For full details and to book, please click HERE