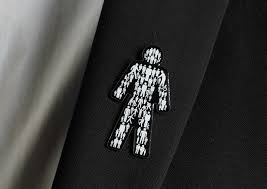 The Sports Journalists’ Association has chosen the Men United campaign for Prostate Cancer UK to be our nominated charity for our 2014 awards events, beginning with the SJA British Sports Awards, sponsored by The National Lottery, being staged in London on December 11.

The Men United campaign is specifically aimed at raising awareness of the disease, and some much-needed money for research, through sport and sportsmen, and it has the enthusiastic support of the SJA President, Sir Michael Parkinson, who himself has had prostate cancer.

“Prostate cancer is on the increase, and it is set to be the most common cancer in the UK,” Sir Michael said.

“We have to do something now to try to turn the tide.

“Research into treatment and tests is chronically underfunded. We need to continue this work if we want to reduce the number of men who are dying too soon.”

The SJA tries to find a nominated cause to support each year, and the committee chose Men United for 2014 as a way of expressing the Association’s immense gratitude to Sir Michael, who has served the organisation so well as President.

More details of the fund-raising at the SJA Awards in December and in March will be announced at the events themselves.