A double act, some new names, and a tragic accident shaped the broadcast section of the SJA British Sports Journalism Awards sponsored by Canon and European Professional Club Rugby.

The desperately sad death of Leicester City owner Vichai Srivaddhanaprabha brought out the best in journalists covering the horrendous helicopter crash and that was reflected in the choice of winners.

Sky Sports reporter Rob Dorsett was named Broadcast Journalist and dedicated his award to the Leicester players, staff and fans when he was collected his prize at the Westminster Bridge Park Plaza on Monday night.

And BBC Radio Leicester won the Radio Sport Factual or Feature category for a moving live programme from the King Power stadium, including interviews with players in tears and a gut-wrenching interview with ‘Mr Leicester’ Alan Birchenall.

So to the double act. Ed Chamberlin and Francesca Cumani of ITV Sport were named joint Broadcast Presenters of the year for their innovative coverage of racing.

The shortlist revealed an extraordinary width and depth to the broadcast entries, as well as a brand new category – Sports Pundit. Osi Umenyiora (Whisper Films) was the inaugural winner. Sadly he could not be there but his excuse is a good one – he is climbing Kilimanjaro for charity. 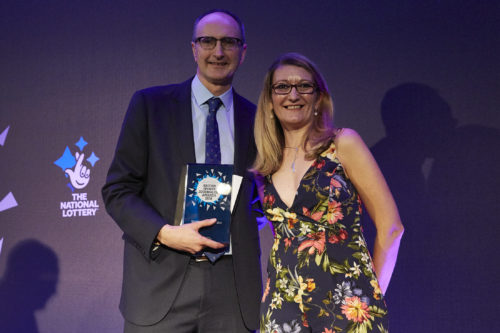 There is not a sports journalist in the world who failed to like the late Bobby Robson and the man was captured perfectly by Noah Media Group (pictured below) in their documentary Bobby Robson More Than a Manager. Their hard work has been recognised. Noah Media won the  Television Sport Factual or Feature and the Broadcast Production Team categories. 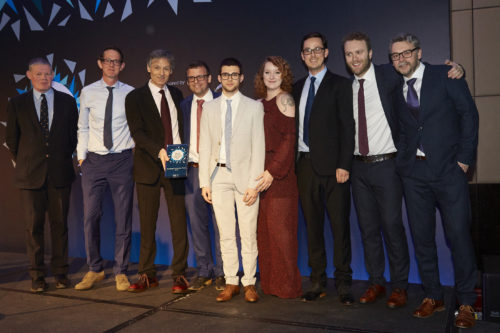 Teamwork was the name of the game at talkSPORT, who won the SJA British Sports Journalism award for Radio Sport Live Broadcast and at Sky Sports, whose coverage of cricket gave them the Television Sports Live Broadcast award