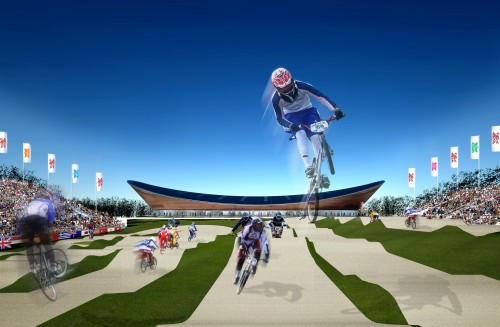 London 2012’s Olympic plans will start to be put to the test on May 30, when 50 marathon runners will take part in what LOCOG is calling “a controlled run” over the Games course. On the same day, race walkers have their turn in the national 20km championships.

All the events are designed to discover any bugs in the system and represent the start of a programme of 42 test events at 26 different venues over the coming months, featuring 8,000 participants from more than 50 countries. Basketball and BMX racing will be the first competitive sports to be staged within the Olympic Park.

“It really is the most important contribution to our readiness mission,” Paul Deighton, LOCOG’s CEO, said today.

The test event programme – London Prepares – is costing £40 million, and is organised in three clusters, through to May next year. “Arrangements which can look great on paper don’t always work in practice,” said Debbie Jevans, London 2012’s sports head.

There will be no sign of the “look of the Games” during these test events,  of which Wimbledon is perhaps the ultimate. While organised by the All England Club, London 2012 staff will be there, “This is very much observational for us.” Their own testing of technological gizmos on the sacred lawns will have to wait until the autumn.

Accreditation for Wimbledon will be handled by the AELTC but London 2012 will be responsible for media arrangements for most of the other test events. They have asked journalists to register interest with them. Non-rights holding television (in Olympic-speak “the ENRs”) should also apply through the organising committee (click here).

The London International Basketball Invitational from August 16 to 21, within the Olympic Park,  will feature Great Britain, France, China, Australia , Serbia and Croatia in a men’s tournament.

Organisers claim that there will be a new style presentation at these events.

And mark May 4 2012 in your diary: that’s when the British Universities’ track and field championships begin , the first athletics event to take place in the Olympic Stadium itself. The park could be quite busy that week, with the hockey venue also in use for the first time, and water polo players get their chance to get in the pool.

The level of media services offered will vary from event to event, though organisers say that they will be keeping a close eye on the flow of the mixed zone at all events. They say that this is one area with no margin for error in 2012. We shall see.

One experience which will be denied to journalists is a walk through the Olympic Park. Building work is still going on in some areas so everyone will be ferried in to test venues by fleets of buses. Expect security to be tight, particularly so at the beach volleyball on Horse Guards Parade, where they’ll be testing out the electronic “Mag and Bag”  machines and accreditation systems.

That might just be the least of their headaches: 3,000 tons of sand will have to be laid in the arena in double quick time. The 2011 rehearsal will stand them in good stead for 2012, when organisers have to wait until after Trooping the Colour in June  before they can move in to transform Buckingham Palace’s front gatehouse into what might just be one of the most iconic Olympic venues of the lot.