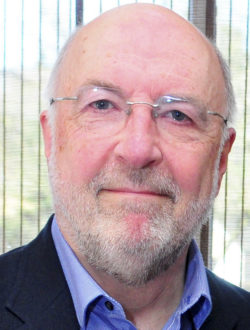 Geraint Thomas’s Tour de France trophy has been stolen during a nationwide tour but that’s nothing when compared to the day England lost the World Cup. ANTON RIPPON reveals all.

The trophy is still one of football’s iconic images, a solid silver, gold-plated Goddess of Victory holding aloft an octagonal chalice. It is the work of French sculptor, Abel Lafleur, who had designed it for the first World Cup in 1930. Throughout the Second World War it had lain hidden in a shoebox under the bed of FIFA’s Italian vice-president, Ottorino Barassi, after he had secretly liberated it from a Rome bank vault in order to save it from Nazi troops. Barassi kept it until 1950, when the World Cup resumed in Brazil, a tournament that he helped to organise.

When the World Cup finals came to England in 1966 it seemed that every football fan wanted to catch a glimpse of the trophy, but it was only with enormous reluctance that the Football Association agreed that it could be out on public display at the Methodist Central Hall in Westminster during Stanley Gibbons’ “Stampex” exhibition. What could possibly go wrong?

That was how the organisers put it. After all, there would also be £3 million-worth of postage stamps on show. Security would be tighter than anything London had ever seen. The World Cup would be guarded day and night. It would be as safe as houses. Indeed, it would be as safe as the Houses of Parliament that stood not far away. So, with £30,000-worth of insurance taken out just in case the unthinkable should happen, the World Cup went on display on Friday, March 18.

The UK was in the middle of a General Election campaign. Labour had won the 1964 election by the slender majority of five seats but subsequent by-election defeats had reduced that to just one seat – clearly unworkable – and so Prime Minister Harold Wilson had decided to go to the polls on March 31, 1966.  By then, the nation would still be talking about the Mystery of the Missing World Cup.

On the morning of Sunday, March 20, the day after the Stampex exhibition had closed, security guards at the hall returned from their break to discover that the Jules Rimet Trophy, as the World Cup was officially known, had disappeared. It seemed that England would have to host the first World Cup where there would be no trophy to present at the end of it. 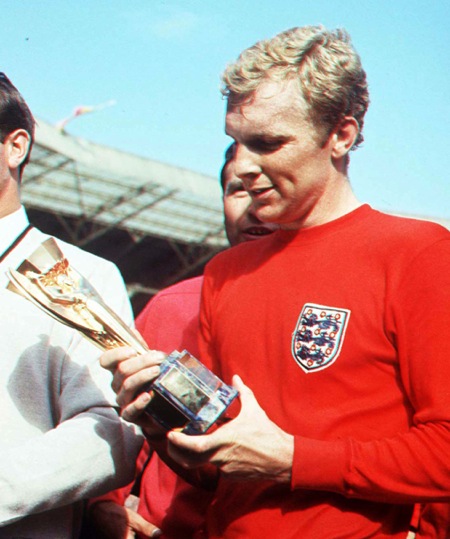 Then the FA chairman, J.H.W. Mears, received a telephone call from a man calling himself “Jackson”. He told Mears: “There will be a parcel at Chelsea football club tomorrow. Follow the instructions inside.” Sure enough, on the Wednesday following the theft, the parcel arrived. It contained part of the Jules Rimet and a ransom: “Dear Joe Kno (sic) no doubt you view with very much concern the loss of the world cup … to me it is only so much scrap gold. If I don’t hear from you by Thursday or Friday at the latest I assume its one for the POT.”

“Jackson” then called again, seeking confirmation that Mears had the parcel. “Give me £15,000 on Friday and the cup will arrive by cab on Saturday,” he told the FA chairman.

A rendezvous was arranged and, three days later, a 46-year-old petty thief and former soldier, Edward Bletchley, who had served with the Royal Armoured Corps during the Second World War, was arrested in Battersea Park. Still there was no sign of the World Cup, however. Bletchley, who was later imprisoned for two years after being found guilty of intent to steal and demanding money with menaces, claimed that he was simply the middleman and he refused to give up the “Mr Big”, who he would only describe as “The Pole”. 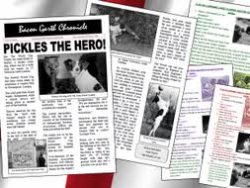 What would have happened next, had it not been for Pickles, we will never know, but on Sunday, March 27 1966, one week after the World Cup had disappeared, a 26-year-old Thames lighterman called David Corbett left his flat at Upper Norwood to make a telephone call from the kiosk across the road. He had with him his two-year-old mongrel dog, Pickles. When the animal began to show an unusual interest in a parcel lying under the front wheel of a neighbour’s car, his owner bent down to investigate and saw that the inquisitive dog had found an object wrapped in newspaper.

It was indeed, the Jules Rimet Trophy. Corbett took it straight to Gypsy Hill police station in Crystal Palace where he was initially suspected of being involved in the theft. Corbett said recently that he thought that the parcel might be an IRA bomb, but the IRA’s pre-war mainland bombing campaign did not resume until much later, after the Troubles began in 1969.

Whatever, the month of March 1966 had a happy ending for FIFA, for the FA, for David Corbett, and even for Harold Wilson. The World Cup had been retrieved and was ready to be presented to the winning captain on July 30. Corbett received rewards reportedly totalling £6,000 – six times as much as each England player would receive for winning the World Cup four months later – and was a guest at England’s celebration dinner after they had won the tournament.

“I got myself an agent,” he said. “The same as Spike Milligan’s. He made me £60 a day, bloody brilliant!”  Meanwhile, Labour won by a majority of 96 seats, despite – or maybe because of – the General Election being knocked off the front pages for the duration of the hunt for the World Cup and its aftermath.

Pickles was less fortunate. True, the National Canine Defence League awarded him its silver medal, Spillers pet food company gave him a year’s supply of treats, and he appeared on the children’s television shows Blue Peter and Magpie. There were offers to visit Germany, Czechoslovakia and Chile (“I would’ve had to put Pickles into quarantine for six months and he was only a pet, so I didn’t think I could do that,” Corbett told The Observer).

Pickles even starred, along with two bulldogs, Laurence Harvey, June Whitfield and Eric Sykes, in the 1966 film The Spy with the Cold Nose. But the following year, Pickles choked to death on his lead, which had snagged on a tree as he chased a cat. David Corbett buried his pet in the back garden of the house in Lingfield, Surrey that he had bought with the reward money.

Pickles, though, has never been forgotten. In 2013 the South Norwood Tourist Board marked his famous discovery with an event called Picklefest. There was a recreation of Pickles’ finest moment, using a motorised papier-mâché model of the animal, and a poem entitled “A Jar For Pickles” was dedicated to “South Norwood’s finest son” by Picklesfest’s resident poet. The name of Pickles is certainly synonymous with the 1966 World Cup.