NORMAN GILLER wishes you all a happy new year, and shares his concerns that editors and sports editors are more inclined to cut, rather than invest in, their journalism

What d’you think of 2011 so far? As I have been on Australian time, enjoying England’s total supremacy in the Ashes series, I cannot say it’s rubbish, but I see dark clouds on the horizon for our sportswriting profession.

How many of us will have the stomach for the Royal Television Society’s debate on the state of sports reporting on Tuesday week?

It is billed as “What’s Wrong With Sports Reporting?” Loaded question? Expect some unfriendly fire.

Any current sportswriters from the nationals paying their £12.50 entrance fee had better wear tin hats. There are not going to be many pats on the back from a panel that includes hard-nosed investigative reporters Tom Bower and acid-tongued Andrew Jennings, who has had this as a hobby horse since the last century and who lit the touchpaper to this explosive topic with the comment that our sports news reporters are “the worst in the world”. 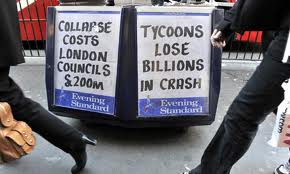 I do hope they add an eloquent newspaper sports reporter to the panel, to balance out the views of Bower and Jennings, who have been doing excellent work in books and one-off television documentaries for many years, but probably have not had to file regularly to daily deadlines for many years.

How about an Oliver Holt, a Des Kelly or a Paddy Barclay to put the case for the overworked modern hack, who has his or her hands full filling space with reactive, topical news and comment without the time necessary for good old-fashioned story-digging.

Take this week’s spat between the Solent News Agency and PA – who are alleged to have had someone in their Yorkshire office lift an exclusive story, because it had been made freely available to all on the internet. It has prompted another media commentator, Jon Slattery, to observe shrewdly that the modern ease of availability of news means that too many journalists are now spending the bulk of their time “re-packaging”, rather than digging for stories and angles of their own.

Slattery writes: “Last year two independent news agencies, Raymonds and Kent News and Pictures, went bust. News agencies have suffered from the ever decreasing rates paid by the national press but also because it is so easy to lift stories and pictures from the internet. Exclusives don’t stay exclusive for long.”

That can all be applied equally well to sport as well as news.

I have done a little research of my own. Did you know that there is 25 per cent fewer sportswriters on the nationals filling 25 per cent more space than their predecessors of just a decade ago?

On top of that they are expected to file copiously for their papers’ online editions.

Take, for example, the Evening Standard, until recently edited by Veronica Wadley, or Mrs Tom Bower.

Since 2007, at least eight top-line sports correspondents, all with masses of experience and contacts, have been “let go” from London’s evening paper. There have also been editor and ownership changes, with the paper becoming a freebie, all impacting on edition times and pagination. But when the staff cuts were being made, did Ms Wadley consider the quality of the sports reporting?

IT IS BEING whispered, and not too quietly, that more newspaper staff cutting is on the way, across the board. If you are wondering why, look at the recent circulation figures. When I was on the Daily Express back in the 1960s, sales were 4.2 million a day. They are now down below 690,000. Where have all the readers gone? To their television, radio sets and websites.

I am an enormous admirer of the investigative work of Bower and Jennings, but if they were youngsters applying for a job today they would be under orders to concentrate on bringing in celebrity-supported stories. They would not have time to wipe their noses (I have kept that clean) let alone the luxury to dig below the surface for the sort of exposés with which they have made their reputations.

I just hope the guns are trained on those editors who are more interested in what the likes of Wayne Rooney do off rather than on the pitch. The reporters are merely the messengers, and you can bet your boots they are going to get shot at the RTS debate.

IF I WERE A sports editor, I would put a couple of reporters on red alert for a huge bust-up brewing at White Hart Lane. I thought Daniel Levy was showing interest in a move to the Olympic Stadium as a bargaining tool to get things moving with the local council over plans for a new ground at Tottenham.

But it seems he is deadly serious, and the anger among a vast majority of Spurs fans is beginning to come to the boil.

London Mayor Boris Johnson is being dragged into the cauldron. He will be receiving thousands of letters in the next few days that include the following paragraphs:

I am writing as someone who is concerned that Tottenham Hotspur FC is contemplating moving from their home in North London to the Olympic Stadium in East London.

The stadium at White Hart Lane is one of the few major employers in the Upper Lea Valley and the economic spillover effects of 36,000 fans visiting the area every other Saturday sustain thousands of other jobs in the locality.

Already, Northumberland Park ward – where the stadium resides – has one of the highest rates of unemployment and child poverty in the capital and one of the lowest life expectancies. By most measures, it is one of the most deprived wards in the country. If the club were to leave, the consequences for the area would be disastrous.

As the Mayor, you are charged with securing a sustainable, prosperous environment for the whole of London, not simply the East End. North London needs to know it can count on you and your administration to engender the regeneration that the area so desperately needs.

Sport can be the tool to achieve this, as the Olympic development is doing for Stratford and as the Northumberland Park Development will do for North London. There have been suggestions that you have urged the board of Tottenham Hotspur to apply to take over the lease of the Olympic Stadium. In your reply can you assure me that you do not want Tottenham Hotspur to leave N17; that you do not value the regeneration of East London above that of North London; and that you will do whatever you can to ensure that the Northumberland Park Development goes ahead?

It is powerful stuff, being organised on Facebook with a fast-growing movement called simply N17. Similar ammunition is being fired at Government ministers and local MPs and councillors.

There is equal anger at West Ham and Leyton Orient, two clubs much nearer the Olympic Stadium who will be severely hit if mighty Tottenham move into their territory.

This is going to develop into a major story, dwarfing the little matter of when a team called Woolwich Arsenal moved into Tottenham’s domain back in 1913. It was the start of civil war that lasts to this day.

A FUNNY THING happened to me on my way into 2011. I lost a friend of more than 40 years, a very close acquaintance … my moustache, that I grew during the 1970 World Cup finals in Mexico.

On New Year’s Eve I joined my partner Jackie Jones to see the New Year in at a Winchester hotel. It was a dickie-bow affair and I thought – for an old geezer nudging the 70s – I was looking debonair and highly fanciable.

But as I walked into the room where Jackie’s 20-month-old granddaughter Zoë was preparing for bed, she burst into tears (Zoë, not Jackie).   It seems she has a phobia about moustaches.

So I borrowed a razor and foam from reception and made the supreme sacrifice. It took me 15 minutes to remove 40 years’ worth of ‘tache.

Zoë accepted me when I returned to the room and allowed me to rock her to sleep. Women!

It reminded me that Jimmy Greaves and I had grown our moustaches at the same time, back in the days when we were laying the foundation to our long friendship.

When I told Jim that it had gone, he said: “About bloody time. It never did suit you.”

Hope you all have a 2011 in which you meet your deadlines, get exclusive headlines and prove that there’s nothing wrong with our sports reporting.