OLD GILLER’S ALMANACK: Yesterday we brought you the review of the first three months of 2013 by NORMAN GILLER. Here’s part 2: April, May and June

The 66-1 outsider Auroras Encore, trained by Sue Smith and with Ryan Mania on board, wins the Grand National at Aintree. It is Mania’s first ride in the race, and the winning horse is jointly trained by Sue Smith’s husband, Harvey, the show jumping hero/villain of the 1970s. A sign of the times. 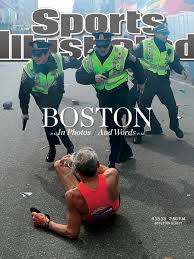 Less than 24 hours after his victory at Aintree, jump jockey Ryan Mani is taken to hospital by air ambulance after a heavy fall in a race at Hexham. He is released the following day to reflect on the up and downs of National Hunt racing.

Adam Scott becomes the first Australian to win the Masters following a play-off against former winner Angel Cabrera at Augusta. Tiger Woods is penalised two shots for an incorrect drop, and many argue he should have been disqualified.

Manchester City beat Chelsea 2-1 in the FA Cup semi-final at Wembley to set up an all-north west final against Wigan.

On a horror day, two bombs near the finish line at the Boston Marathon kill three people and injure a further 176.

Liverpool striker Luis Suarez apologises for “inexcusable behaviour” after biting Chelsea’s Branislav Ivanovic on the arm during the 2-2 draw at Anfield. The Uruguayan has previous, serving a seven-match suspension for a biting incident when playing for Ajax in 2010. He gets a 10-match FA ban.

Bayern Munich put the finishing touches to a Champions League semi-final destruction of Barcelona, winning 3-0 at the Nou Camp to clinch a 7-0 aggregate victory and tee up the competition’s first all-German final – a Wembley showdown against Borussia Dortmund.

Ronnie O’Sullivan successfully defends his snooker world championship, beating Barry Hawkins 18-12 in the final to land his fifth trophy at the Crucible after taking a year out of the game.

Sir Alex Ferguson announces his retirement as Manchester United manager. During his 26 years at Old Trafford he won 38 trophies, including 13 Premier League and two Uefa Champions’ League titles. Everton’s David Moyes is appointed as Fergie’s successor on a six-year contract.

An injury-time goal by Ben Watson lifts Wigan to a stunning 1-0 victory over hot favourites Manchester City in the FA Cup final at Wembley. Just three days later a 4-1 defeat at Arsenal relegates Wigan from the Premier League.

Branislav Ivanovic scores with an injury-time header to lift Chelsea to the Europa League title with a 2-1 victory over Benfica in Amsterdam.

Jonny “Le Boot”Wilkinson lands three penalties and the decisive conversion as Toulon win the Heineken Cup with a 16-15 victory over Clermont Auvergne.

Stuart Broad takes seven for 44 as England rush out New Zealand for 68 to win the first Test at Lord’s by 170 runs.

Arjen Robben’s 89th-minute goal steers Bayern Munich to a 2-1 win over Borussia Dortmund in the Champions League final at Wembley.

Leicester secure their 10th English title as they trounce Northampton 37-17 in the Premiership final at Twickenham. The Saints had skipper Dylan Hartley sent off just before half-time for abusive behavior.

Carl Froch retains his IBF super-middleweight crown with a thrilling points win in a brutal battle against Mikkel Kessler at London’s O2 Arena.

Crystal Palace edge out Watford 1-0 after extra-time in the Championship play-off final to reach the promised land of the Premier League.

England keep their heads above water in the incessant Headingley drizzle on day five to clinch a 2-0 series whitewash over New Zealand with a convincing 247-run victory. Then to the one-day helter skelter cricket, New Zealand winning the first match at Lord’s by five wickets..

Ruler of the World, a 7-1 shot and Aidan O’Brien’s second string only having the third start of his career, beats the fast-finishing Libertarian by a length-and-a-half to win the Epsom Derby. It is O’Brien’s fourth victory in the classic and jockey Ryan Moore’s second.

Goals by Alex Oxlade-Chamberlain and Wayne Rooney earn England a 2-2 draw with Brazil at the Maracana Stadium a year ahead of the World Cup finals.

England’s cricketers lose by 86 runs to New Zealand to go 2-0 down in the one-day series with only one game remaining. Martin Guptill scores an unbeaten 189 for the Kiwis.

All change in the Premier League. Jose Mourinho is confirmed as Chelsea manager for the second time, and Everton and Wigan agree compensation over a Roberto Martinez move to Goodison. Manchester City install Manuel Pellegrini as their new manager on a three-year contract, while Wigan appoint Owen Coyle as their new boss.

Gordon Strachan’s Scotland stun previously undefeated Croatia 1-0 in Zagreb in their World Cup qualifier, while Robbie Keane scores a hat-trick in his record-breaking 126th appearance for the Republic of Ireland in their 3-0 win over the Faroe Islands.

Jimmy Anderson takes over as England’s leading wicket-taker in one-day internationals, breaking Darren Gough’s mark of 234 as they begin their Champions Trophy challenge with a 48-run victory over Australia at Edgbaston.

Belligerent Australian batsman David Warner is suspended for an “unprovoked physical attack” on England’s Joe Root in a Birmingham bar.

Wales lose the second Rugby Union Test against Japan 23-8 in Tokyo meaning the series ends in a 1-1 draw. It is the first time Japan has ever beaten Wales. Meantime, England storm to a 51-26 win over Argentina in Buenos Aires, so becoming the first English team ever to win a clean sweep of Tests in Argentina.

Justin Rose captures his first major championship when winning the US Open at Merion by two shots from six-times runner-up Phil Mickelson. Rose is the first English winner of the trophy since Tony Jacklin in 1970.

England reach the Champions Trophy final with an impressive seven-wicket win over South Africa, and are then beaten by five runs by India in a rain-reduced match at Edgbaston.

There is then another five-run defeat for England by New Zealand in the opening Twenty20 international at The Oval. The second match is abandoned because of rain after only two balls and so the Kiwis win the series 1-0.

Australia’s master kicker Kurtley Beale slips and misses a late penalty as the British and Irish Lions win a thrilling first Test 23-21 in Brisbane. Wales wings George North and Alex Cuthbert both score tries for the touring side. The Lions lose the second Test in Melbourne, Leigh Halpenny falling short with a last-minute penalty with the score at 16-15. Everything now rests on a series decider in Sydney.

Laura Robson becomes the first British woman to reach the fourth round of Wimbledon in 15 years after coming from a set and 5-3 down to beat Marina Erakovic 1-6 7-5 6-3.

Fred scores twice as hosts Brazil win the Confederations Cup for the third successive time with a stunning 3-0 win over favourites Spain in Rio.