England and Australia resume their Ashes cricket rivalry this morning. Here, we separate some facts from common fictions surrounding the series 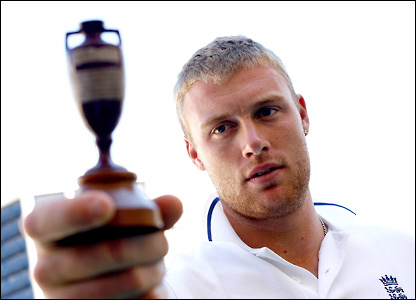 1, It’s “traditional” for the first Test to be staged at Lord’s.

No, it isn’t. It is usual for the second Test in any five-Test series in England to be staged at Lord’s, and the fifth Test at The Oval, just as, in Australia, Melbourne hosts the Boxing day Test and Sydney the final Test in a series.

Of course, Australia’s fond record at Lord’s and lack of a noted spinner has nothing to do with their whingeing about having to play the first Test at Cardiff.

2, Katherine Jenkins is loved by all Wales and is a terrific choice to sing before the start of the first Test.

Is this the best the ECB can come up

with? They’ll be pumping out a recording of Jerusalem before every session’s play next.

3, Kevin Pietersen is a match-winning batsman.

Pietersen has rarely hit a match-winning innings: of his 16 Test centuries, only six have been scored in a match which England went on to win.

With friends in the TV commentary box, Pietersen may have escaped some of the scrutiny his performances might otherwise receive. This series will be the litmus test of his career.

4, If England win the Ashes series they will “get their hands on the old urn”.

The Ashes urn does not “change hands”, and rarely does it leave Lord’s (although it did generate huge publicity when taken to Australia for the most recent series).

The urn was bequeathed to the MCC on his death in 1927 by Lord Darnley. The MCC committee minutes of July 16, 1927, record that “the Dowager Countess of Darnley had forwarded to the MCC an urn containing the Ashes of cricket”.

The urn was never intended as a sporting trophy. Darnley had kept it because it was a keepsake given to him by some ladies, including his future wife Florence Morphy.

5, Freddie Flintoff was not falling-over-drunk during the 2005 victory parade.

Well, at least that’s what he told yesterday’s Guardian (which also helpfully explains the joke in the Lancashire all-rounder’s nickname).

For while Flintoff played a crucial role – and was a bit special at Edgbaston to help England level the series at 1-1 – equally important were Simon Jones, Steve Harmison, Ashley Giles and Kevin Pietersen.

And, perhaps above all, before his contribution to English cricket is overlooked, there was captain Michael Vaughan, who conducted his team with intelligence and dignity throughout. And he could bat a bit, too.

If Andrew Strauss is able to match Vaughan’s performances and get from all his players their very best, then this England team could well match the 2005 side’s efforts.

7, England and Australia are not the oldest international rivals in cricket.

The United States first played Canada at cricket in 1844.

8, The Aussies are not the sledging oiks they are so-often painted.

The whole snarling, sledging attitude of recent series was very much the uncomprising approach developed during the captaincies of Border and Waugh. But, as the poet in residence for the Test series, David Fine, points out, “could you imagine Richie Benaud being anything but a reasonable sportsman towards the opposition?”

Fine also highlights the incredibly polite, near-deferential approach of the Australians towards Douglas Jardine’s England team during the controversially bruising Bodyline series. However, that series did provide what Fine considers one of the best sledges ever.

Vic Richardson, uncle of Greg and Ian Chappell, was Australia’s vice-captain in the series, and was in the home dressing room during one match when Jardine, in his ever-so-proper, English gentleman-type of manner, came to protest that one of the Australians had called Harold Larwood a bastard.

“Right,” Richardson announced to his team, “this here bastard wants to know which of you bastards called his bastard a bastard.”

9, No one at all minds that Test cricket in England is not available live on a free-to-air terrestrial TV channel.

10, The Australians are unbeatable.