By Barry Newcombe
Mark Hodgkinson, the tennis correspondent of the Daily Telegraph until last year, has this week launched a tennis website, the tennisspace.com, covering all aspects of the professional game, lifestyle and travel, with some serious in-depth sports writing and fantastic photography. 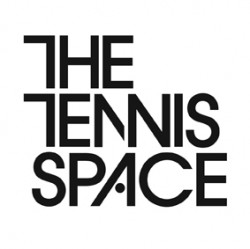 Hodgkinson says that regular contributors to the site will include editor-at-large Simon Cambers and Alexandra Willis, who is also the digital content editor for Wimbledon.

Photographer Ella Ling will be providing the images for the site, while they have secured a commercial partner in Barclays, the title sponsor for the Barclays ATP World.Tour finals at London’s O2 Arena.

“thetennisspace.com will be an invaluable resource for anyone with a professional or personal interest in tennis,” Hodgkinson said. “It will offer interviews, comment and analysis both on and off the court, striking images, videos and reviews.

“Having worked in tennis for more than seven years, I realised there was a gap in the market for an entertaining, engaging and intelligent tennis website,” Hodgkinson said. “We aim to attract an international, not just a British, audience.”

To launch the website, Anna Kournikova has given an exclusive guide to how to deal with tennis fame; the world No1 Caroline Wozniacki talks about Rihanna, Louis Vuitton handbags and the Bible; and Roger Federer’s coach Paul Annacone speaks about the Swiss star’s ambitions for 2012.

Tim Henman and Greg Rusedski give their views on what to expect in 2012, plus the former world No1 Ana Ivanovic and Britain’s top-ranked woman player Elena Baltacha give an insight into their lives away from tennis. In addition to exclusive interviews and commentary on the professional game, thetennisspace will publish off-court features, and reviews of tennis holidays, rackets, shoes, clothes, books and DVDs.

Make sure you get your entries in. Full details and entry forms available online by clicking here