NORMAN GILLER celebrates the career of his old mate, a sports writer who was as much a fixture at Wimbledon since the 1930s as strawberries and cream. And he waves goodbye to the toothless watchdog, the PCC

As the great and the good of sports journalism and sport gather at the Grand Connaught Rooms in London for the annual SJA awards bash on Monday night, I hope you will all drink a toast or three to a Fleet Street giant of yesterday, Laurie Pignon.

One of the most astonishing characters with whom I ever shared a press box, Laurie is now 93 and fighting the good fight as a patient in the Princess Alice Hospice in Esher. 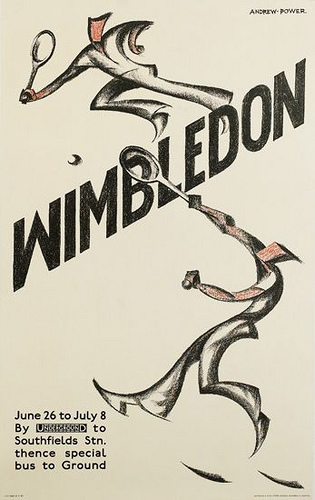 He is, of course, Mr Lawn Tennis, the man who has covered more Wimbledon finals than any other reporter, as well as being well versed and rehearsed in many other sports.

There are scores of anecdotes about Laurie that guarantee his status in the annals of sports journalism after he followed in the writing trail blazed by his father Fred, a leading pre-war columnist.

Laurie Pignon left public school to work on the Middlesex Chronicle in the early 1930s, driving around in his £12 Austin Seven two-seater and living a lifestyle that could have come straight off the pages of Evelyn Waugh’s Scoop. He covered his first Wimbledon finals in 1938 at a freelance rate of 5 shillings a day, reporting the eighth Championship victory by Helen Wills and the second by Donald Budge. Those iconic names alone put a stamp on how long Laurie has been around.

How he has got into his 90s is a mystery. He has lived the life of three men. A heavy pipe smoker and whisky drinker for more than 60 years, he somehow survived the Second World War during which he was wounded and taken prisoner. He spent five years digging coal in a German slave-labour camp in Poland, and in the 1960s while he was on any trips to Germany reporting football for the Daily Sketch, the rest of us had to jump on him to stop him “killing a Nazi” when the Scotch took control.

When the Sketch was swallowed up by the Mail, Laurie established himself as one of the most respected and renowned tennis writers in the world, and to this day is President of the Lawn Tennis Writers’ Association.

Our esteemed leader, SJA chairman Barry Newcombe, visited Laurie this week and found him in typical jocular mood despite a terminal condition.

Pignon is the man who while covering the 1964 Tokyo Olympics disappeared into the hills and threatened not to come home after failing in love with a Geisha girl. He did later return to Fleet Street, and eventually married an ex-England ladies’ hockey captain who was as wonderfully English to the extreme and as eccentric as Laurie.

Together they grew award-winning roses, and charmed anybody who came into their company with their unconventional yet charismatic ways.

There has hardly been a tennis champion from the last 70 years – men’s or women’s– with whom Laurie has not been on first-name terms.

He will give me a tongue lashing in his Bertie Wooster accent for making this read like an obituary. Let’s call it a tribute to an English gentleman of the old school.

One final story from the many that made Laurie a walking, talking anecdote…

During an England football tour match in Poland, he and the equally eccentric and loveable Geoffrey Green, The Times‘s admired association football correspondent, were arrested for causing a disturbance in the centre of Katowice. This was in the pre-Solidarity days, and Laurie was making a sort of Hyde Park Corner speech extolling the virtues of a free society, seconded by the man from The Times. A real-life Charters and Caldicott.

Two guards in ankle-length, fur-lined winter coats appeared from out of nowhere and marched Laurie and Geoffrey away. A few hours later, with their worried press colleagues on the point of calling in the British consulate, the pair reappeared wearing broad, drunken grins and, would you believe, a fur-lined, ankle-length guardsman’s coat each.

Geoffrey continued to wear his coveted coat in the press boxes of the world right up to his retirement. Dear old Laurie, always immaculately dressed, would not have deemed it proper wearing his coat in the Wimbledon press box where he enjoyed virtual royal status.

Raise a glass to Laurie on Monday, and reflect on the golden age of sports journalism. Game, set and match Pignon.

Weep not for the PCC

SO CHEERIO THEN, the Press Complaints Commission, whose demise has been certain from the opening shots of the Leveson Inquiry. There will be little weeping, even within our industry.

During its 21-year existence, the PCC was supposed to be all about self-regulation. But in fact it was more about selfishness. A watchdog with little bark and no bite. PCC chairman Lord Hunt ­– now a man without a Commission – was in danger of having his name replacing Berkshire Hunt in Cockney rhyming slang.

The PCC’s response to the phone-hacking scandal – well, no response really – was its self-inflicted final blow.

We will have to wait for the findings and deliberations of Lord Leveson before we know the long-term replacement, but regardless Richard Desmond must be persuaded to bring his Express and Star titles into the regulatory tent.

There cannot be satisfactory self-regulation while a proprietor with a major stable of newspapers goes his own sweet (or sour) way.

Newspapers and journalists have never been held in such low esteem. We must be seen to be putting our house in order if we are to win back public confidence.

Independent self-regulation, with heavy fines and punishment for wrongdoing plus an ombudsman with legal might, looks the way forward.

Whatever follows must be seen to work, or more titles could go the way of the News of the World.