This season for the first time, women’s rugby website www.scrumqueens.com will offer comprehensive coverage of the RFUW English Premiership. 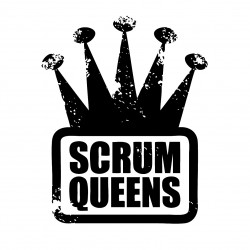 The website, which celebrated one year of operation this week, has up to now focused on the international women’s game. But following huge demand and interest, it will broaden out to cover the top flight of the English club game from this weekend.

The women’s Premiership features eight clubs from around the country, with Richmond champions. Their clash this weekend against last year’s runners-up Saracens has the makings of an early classic with an array of England stars fresh from World Cup action.

Every Tuesday www.scrumqueens.com will bring fans match reports and a wrap of the weekend’s games, plus there will be features and previews throughout the season with interviews of leading players and coaches. A preview of the first round of matches can be found by clicking here.

Website editor Ali Donnelly said: “We’ve had a brilliant first year covering women’s rugby with visitors from over 150 countries, and on the back of our comprehensive World Cup coverage we’re delighted to branch out into covering what we believe is the best women’s club competition in the world.

“With just eight teams, every game in the English Premiership is vital and it makes for a hugely exciting competition every year.

“There is terrific interest in women’s rugby in England at the moment following a really successful World Cup and we hope that carries through to the domestic game.”