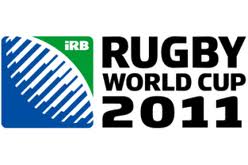 The Rugby Writers’ Club is to campaign against what it says will be “incredibly high internet charges”  being suggested by the Rugby World Cup organisers for the tournament in New Zealand this autumn.

“Rugby writers were shocked to see the proposed charges for the Rugby World Cup,” Paul Morgan, the chairman of the RWC, said.

“They are asking rugby writers to pay almost £300 for internet access at matches, training grounds and hotels just for the pool stages of this year’s tournament, so those covering the whole tournament will be faced with a much bigger bill.

“When sports like rugby union should be fighting for space in newspapers, we were stunned when these charges were circulated at the weekend,” Morgan said.

The RFU, Irish Rugby Union and Premiership Rugby all provide free wi-fi  at their grounds to assist reporters with their coverage of matches.

“The media does an incredible job of providing free publicity for the game of rugby union and it was a huge step forward this season to see the RFU provide a free, dedicated wi-fi service at Twickenham for England home games. Sponsors continually ask me ‘what do the media need from big events?’ and my answer is always not a useless free gift but free wi-fi,” Morgan said.

“We see these charges – in an age of cost-cutting across all media titles –  as a huge step backwards on the part of the International Rugby Board and will be fighting the charges. If anyone can share experiences from other major sporting events I’d love to hear from them.”

Morgan, the Editor of Rugby World, can be reached by email on paul_morgan@ipcmedia.com.

Morgan was speaking after a meeting this week, together with other UK rugby writers, with Martyn Snedden, the Rugby World Cup chief executive.

A total of 20 nations  will be playing in the  World Cup, starting in September, with the largest media representation is expected to be from Europe.

Snedden said: “I was in London last week before the Royal Wedding and the atmosphere of expectation then was something like I expect New Zealand  to have before the World Cup.  When the lid comes off there will be great celebrations and New Zealand will welcome the world.”

Snedden updated his British audience on the countdown to the World Cup and spoke of the changes which had to be made following the Christchurch earthquake, which had prevented the city being used for the competition. England matches planned for Christchurch have been switched, putting pressure on Dunedin and its accommdation.

Some journalists believe that it may be possible to avoid the tournament’s high internet charges by filing away from  match venues, thereby denying the organisers a significant amount of income. “European journos filing in New Zealand have a huge time gap to play with,” one said, ” and unless you need to work on the whistle you can file elsewhere using internet cafes and the like.”

For more news on rugby coverage and the RWC, click here