Steve Bale, one of the most respected and well-travelled rugby writers over more than four decades, and an SJA member for 31 years, has retired. 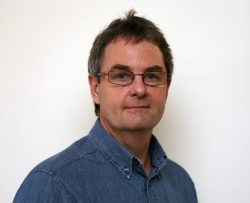 Bale’s rugby-writing odyssey began in September 1973 on his home-town newspaper the Neath Guardian (his predecessor there was Tim Glover; his successor Simon Kelner) when he covered Neath RFC v The University of British Columbia at The Gnoll.

He went on to report on well over 400 rugby internationals. He worked on 16 England tours, seven Rugby World Cups and seven Lions tours, but not the current one. He admits that he is happy to be watching this tour from afar.

After several years on Welsh publications, including the Western Mail, Bale was present at the birth of The Independent in 1986 and later became its rugby correspondent for eight years before taking up a similar role at The Sunday Express, and then The Daily Express.

Hewett reflected: “Rather like Zorro, he preferred to dress in funereal black and rather like his countryman and fellow union scribe Tim Glover, he combined a mournful demeanour with a mastery of mordant wit in a rich mix that somehow distinguishes the natives of Neath from the rest of the human race.

“Steve’s journalism, critically astute and big-heartedly generous in equal measure, touched the heights because he brought to his work an instinctive feel for language, a deep knowledge of rugby history and an even more profound love of the game.

“Before every Wales-England international since 1996, Steve has made the same point to me: ‘Remember…it’s a class thing.’ He was, and remains, right about that, along with almost everything else. He’s also the dearest of friends, and he deserves a long and satisfying retirement.”